Yanis Varoufakis wrote: “Being able to speak authoritatively about economics is a prerequisite for democracy”. This is a challenge facing any progressive movements in mobilisiing support. The indefatigableRichard Murphy has started to look at this topic. 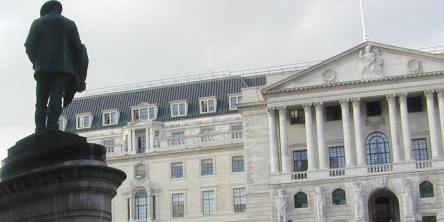 I felt it worth sharing more widely this comment made on the blog by Adam Sawyer yesterday. It resulted from the discussion on rebranding economics:

The fundamental reason people cling to the household analogy is because for individual players in the game that is the economy it is familiar and it is true enough at their level of the game.

Understanding the reality of money requires individual players to adopt a different perspective: that of the referees or rule setters for the game.

Problem is the average person has zero experience of (and little time or capacity to imagine) this alternative perspective. Furthermore asking Joe Public to reconsider the nature of money is expecting them to revisit a question to which they are certain they already know the answer. Why should they waste their time on such a fruitless exercise?

Reframing the debate requires that we shift from the micro to the macro frame. Getting people to do that mental processing requires we give them good cause to do so.

To my mind this boils down to two broad approaches to raising people’s consciousness:

1) Asking people simple questions like “where do pounds sterling come from?”, “What is the purpose of money?”, “How would you operate im a world without money?”, “What gives money its value?”. This triggers an awareness that they don’t fully understand money and may motivate them to think further.

2) Identifying familiar microeconomic phenomena which jar with the common-sense view about money as a commodity OR as part of a flawless system. Economic depressions are the obvious example – like I said in an earlier post: you have to down tools and abandon your home for NO REAL REASON! This is both surprising and motivational. The fact no-one is ever told they cannot access their deposit account because the money has been lent put us another. The seeming inexplicable circularity of the promise to pay on our currency is another.

I would hazard a guess that there is a second big stumbling block for nuanced understandings of complex realities beyond the fact most already think their simplistic understanding is sufficient. That is that complex abstract ideas are frequently beyond the average cognitive capacity for our population. This is obviously a controversial and unsettling statement but that doesn’t prove it to be false.

Here we run into the Dunning Kruger effect. Those currently without the capacity to understand DO NOT REALISE they do not have the capacity to understand. Further they will become insulted and actively hostile if we suggest they do not understand something they really truly believe they do already get. To make it even harder for us money is inextricably wrapped with social status and so any implication that someone doesn’t understand money is more insulting than say the suggestion they don’t understand photosynthesis.

A second failure of comprehension presents a major stumbling block for us. This is people’s blindness to history and to the gradual process of change. People cannot comprehend the modern world because it is too vast, too complex and too complicated. However, neither can they look back to a simpler past and use that as any guide because:

b) even when they are familiar with SOME aspects of life in the past they tend to project modern ideas and technologies back onto the imagined past.

This is best exemplified by the simplistic and entirely erroneous mainstream economics view of the evolution of money:

A dim awareness of this among the masses causes people to believe things like “the gold standard is the older, safer more tried and tested way of doing things”. Witness Positive Money’s success in motivating people to get behind the idea of making banks operate how they intuitively think banks should operate. I believe they’re successful in part because they rely on an appeal to familiarity but also in an appeal to concepts of what’s old and true and tested.

The fact that in reality money is and always has been debts and credits (IOUs) escapes most people and makes us mistakenly believe modern banking is something wholly new, unreliable and uncontrollable. Truth is it is merely the logical extension of personal credit relations that are likely as old as our species.

Therefore I like to cut out all the modern complexities and ask people to consider how a neolithic village at the dawn of the agricultural age would be able to organise themselves. I like to reference the well researched Dunbar number as backup to a model of small human societies where everyone is known to everyone else and therefore personal credit systems can operate based entirely on personal trust without any need for trusted third parties (banks or states).

I think it is only possible to break through the household analogy by getting normal people to consider a simple system that they are capable of understanding quickly. From that point of common understanding it is possible to build up a nuanced understanding of our modern money system. I believe going into it from higher levels leaves lay-audiences in a state of confusion and lacking the intuitive understanding required to easily grasp the reality of our modern system.

I know this because I struggled immensely myself till I imagined the simplest of societies and how they might operate. Reading David Graeber’s book Debt the First 5,000 Years helps too.

Jon Morris and Andrea Genovese – After Carillion: the function of procurement in public projects

This article makes a very important point: That local authorities are prevented by EU rules from contracting local firms to benefit the local economy, ruling that the cheapest firm should receive the contract. This favours […]

Academics Against Press Publishers’ Right: 169 European Academics Warn Against It

Once again corporate media has bought itself an EU law. This would be a serious blow for democracy and freedom of the press, only serving corporate financial interest. It is nothing abstract and would radically […]