Just as many people are doing there best to ignore the fact that we are in the midst of a pandemic, they are also ignoring the current titanic economic crisis. This is true for the whole of the EU. 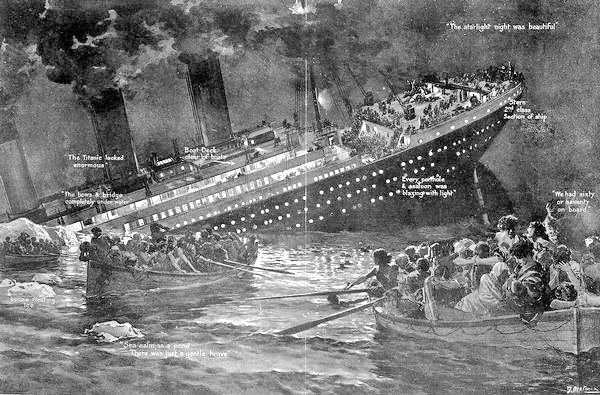 I am seeing the first signs of awareness that we really are heading for an economic disaster in this country. Larry Elliott wrote about it in the Guardian a week ago. Gordon Brown has picked up the theme. It’s front-page news in the Guardian. The suggestion made in the last article, based on House of Commons Library research, is that unemployment in the UK might increase to 3.8 million people as the furlough scheme ends.

I really wish I could be so optimistic. I am not. Nor, I know, is Danny Blanchflower. Let’s get some facts.

There are more than 920,000 businesses that have had government ‘bounce back’ loans to survive the coronavirus downturn.

There are 9.2 million people furloughed.

It is very hard to predict how many businesses will fail as a result of coronavirus. It is easy to find a range of estimates, many of which suggest that around a third of the money advanced by the government will never be repaid.

And it is a fact that many of the businesses most likely to fail are significant employers of people in what is described as low productivity work e.g. retailing, hospitality, etc. In other words, job losses could be significantly higher in proportion to total employment than is the total downturn in proportion to pre-Covid GDP.

Also note that the loans noted do not cover most of the self-employed – the vast majority of whom have no employees. There are, according to ONS data, around 5.7 million self-employed people in the UK.

Using just this data – and I think that fair – it is not hard to imagine three things.

The first is that if it is expected that one in three businesses will face challenges, and then fail to repay their small business loans then it is likely that many more still will struggle to succeed in doing so. If one third will fail another one third will struggle. It is, then, likely that all these companies will lay off staff.

The median number of furloughed staff per employer is not 10 as a simple extrapolation of the data would employ: there are large employers who have furloughed staff, of course. But we already know many of them are beginning redundancy programmes: from hospitality, to retailing, to airlines, airports and engineering the news from large employers is not good. In that case to assume that the redundancies will only be in smaller businesses is wrong and to associate the number of companies claiming support with the number of staff furloughed may be fair, as a broad approximation. It’s also fair to note that once one person contracting operations and sole traders are taken into account then 920,000 may represent most trading companies, by number in the UK (1.5 million companies supposedly trade, but hundreds of thousands will be contracting entities to which support was denied); another 700,000 or so self-employed may be VAT registered as well, but the number of employees involved will be smaller.

So let’s take 10 people per employer, on average.

And then say one third will fail and one third will struggle and will also make staff redundant. That could, then, be approximately 4.5 million people who will not return to work sometime fairly soon, because most employers will already appreciate the difficulties that they are in.

Then let’s extend this to the 5.7 million self-employed, of whom 4.2 million have no other employment. Assume one-third of those solely in self-employment effectively cease as well. That is another 1.4 million unemployed.

Put that on top of 2.8 million already potentially claiming and that comes to 8.7 million.

However, some already claiming universal credit will be amongst those now being made redundant because universal credit can be claimed by those in employment; indeed, most is. So allow at least a 70% current claimant overlap and remove almost 2 million from the previously suggested total for that reason. It is then possible that 6.7 may become unemployed.

Now I seriously hope I am wrong. And of course, some of my estimations are based on simplified extractions – but better that then spuriously complicated extrapolations where the assumptions are not made clear, in my opinion. You can now vary this data to suit your own view at will, of which by far the most important is the business failure rate.

But suppose you halve that business failure rate you still come up with 2.25 million additional people unemployed and maybe 0.7 million self-employed, and you would need to reduce the UC double count in that case – albeit not by 50%, maybe, but that still gives more than 2 million additional unemployed, bringing the total to around 5 million – and candidly, I think only a one sixth business failure rate is at present very optimistic.

But whatever is the real figure, a plan is needed. And no one, from the government to Labour to the TUC is coming up with anything near big enough to handle the crisis that is coming.

And that’s the most worrying bit.

Distressed debts – also known as ‘non-performing loans’ – have been a key issue in Europe, especially in countries where austerity has fuelled a deep social crisis. Yet EU institutions are focusing on the development […]