It is time to see Amazon not simply as a service, but as a threat

Taylor D.H. Rockhill is Associate Lecturer-Economics at the Institute for Management Studies Goldsmiths, University of London 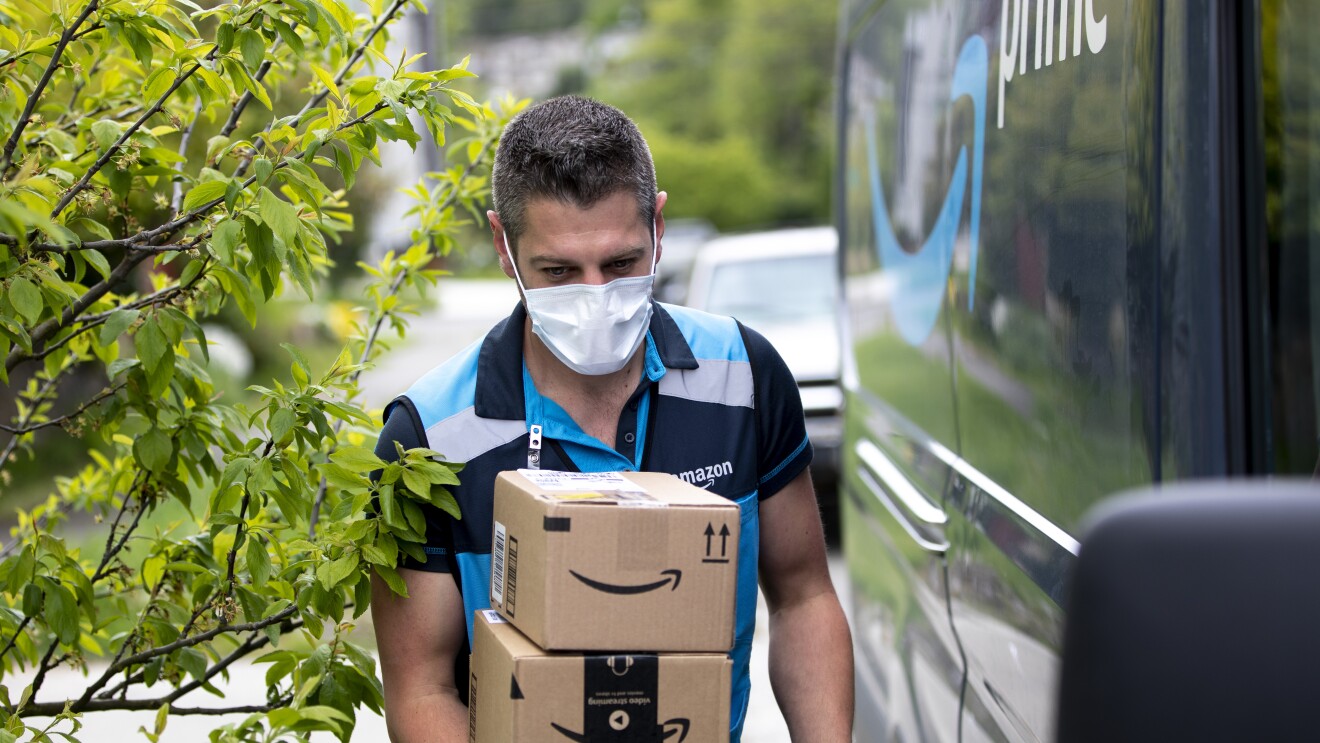 I recently wrote an essay here at BNE about Amazon’s unquestionable monopoly status. This news is, of course, dire, but more dire is its impact on labour demand and wages. You see, a single monopoly is already regarded as a ‘marketplace failure’ by responsible economists from across the political and academic disciplinary spectrum. This is because, as mentioned in my previous essay, for the free market to operate to ‘maximal efficiency’ in the neo-liberal/neo-classicist defences of the free market two critical mechanisms are the ‘freedom of entry’ and the ‘freedom to fail’. These two mechanisms are critical because they are the theoretical underpinning of the ‘self-regulation’ that free market advocates so frequently use to defend the system. For monopolies to survive, a great deal of economic and political manipulation must take place, this combines to create a considerable marketplace failure. This failure ripples through the economy like a boulder thrown into a lake. As Schwartz points out, the monopolisation of intellectual property (think patents, copyrights, etc) also has notable impacts on the economy. Fewer companies producing more goods means fewer employed, and fewer benefiting from the profits of the few goods sold. Considering Amazon’s desire to strangle high streets across the world, this means that the retail, logistics, and internet sectors are becoming more reliant on Amazon. This has dire consequences on both those who work for Amazon as well as for those who don’t.

For Those That Do there is no shortage on stories about how Amazon treats the vast majority of its employees. For every feel-good story about how Amazon coders are treated, there is a catalogue (no pun intended, given what Amazon’s most visible section actually is) of abuses against warehouse and maintenance staff, who now make up the majority of Amazon’s workforce. Due to a combination in failure from STEM heavy academic programmes to train students of colour mixed with ‘Big Techs’ problematic history with hiring and retaining Black and Latinx coders, the majority of Amazon’s Black and Latinx employees in North America work in the warehouse. This racialisation of the work place is a common and historic tactic to prevent unionisation and divide workers against each other (divide-and-conquer). It allows the ‘elite’ coders within Amazon to otherise the warehouse workers, preventing any sense of unity. Indeed, whilst Amazon coders have been quick to press their employer to take climate action, they’ve been considerably slower to join in solidarity with warehouse union action. In no small part this is indicative of an attitude wherein they are responsive to shortcomings that will impact them, but dismissive or ambivalent to issues that they feel has no impact on them. (Adam Smith would’ve referred to this as the China paradox in his lesser-known work Theory of Moral Sentiments).

Whether Amazon is doing such racialisation on purpose, it is certainly not the only behaviour they engage in to deter unionisation. Amazon’s workers are some of the most monitored on the planet. Warehouse and delivery drivers are subject to an Android device nicknamed ‘the rabbit’ that follows them around at work making sure they are keeping to the frenetic pace that allows same-day delivery. You’ve heard of the rabbit, even if you don’t think you have, this is why Amazon workers have infamously been skipping toilet breaks. If any employee doesn’t even feel safe enough to stop and care for the most human of needs, they definitely don’t feel safe to stop and talk about unionising. CCTV is also abundant at Amazon warehouses, and employees also discuss a feeling of being monitored by their fellow employees who report ‘disloyal speech’ to management. Amazon’s monopoly over the retail means that most of their employees double as customers. Amazon quite literally follows them home through monitoring their purchases, the infamous Alexa platform, Amazon Fire TV, and other platforms. Workers frequently report feeling like they’re being monitored at home and when out and about. Given Amazon’s history of misusing customer data and disregard for privacy, this is hardly surprising feeling.

Finally, Amazon’s growing monopoly, and improving logistics delivery to other firms, means that other retailers are diminishing their presence in many of the communities, eliminating other jobs. This means in many of these communities Amazon is monopolising employment opportunities. You either work for Amazon, or you don’t. This gives less incentive for Amazon to offer better wages, quality of life, or address any of the concerns of their employees. It adds fear to their employees, they feel expendable, and Amazon is happy they feel that way. In many of the communities where warehouses live, if you don’t work for Amazon, you will soon enough.

For Those That Don’t (Yet) Know Amazon is coming for you. I know that sounds ominous. It should. I want it to. I want you to walk away from this essay appreciating that Amazon has crossed into being an existential economic threat. Even if you don’t currently work for Amazon, Amazon wants to help your employer monitor you the same draconian ways described above. Amazon’s newly launched Panorama platform will provide employers a terrifying new way to monitor your every action at work, akin to the ‘rabbit’ that Amazon uses on its own employees. Panorama also provides another existential shift to the way we perceive employment and, for lack of better phrase, class.

Let’s borrow and expand on the Marxian definitions of the class divide, and presume there are three classes, the ‘Proletariat’ (henceforth working class), the ‘Bourgeois’ (middle class), and the ‘Aristocracy’ (upper class). The economic narrative that many of the Baby-boom, Gen X, Millennial, and Gen Z generations were raised on was a simple one. One generation laboured in the factories to better afford the opportunities for the next generation to get better education to ‘pull themselves’ up from the working class to the middle class. This has been the ‘post-war miracle’ of the 20th century. The devil, as always, is in the details. Much of this post-war growth in the middle class can be attributed to two phenomena, one was the change in laws around the successful labour movements of the early 20th century, culminating in an unprecedented growth in worker’s rights, and the other was economies of scale.

There’s a couple of impacts to economies of scale, an idea that I’ve discussed previously. One of those ideas was that any jobs lost in the initial wave of automation (which the ‘initial wave’ automated mainly repetitive working-class jobs) would be offset as the increased productivity would drive down the price of any goods, which would boost demand, which would cause manufacturers to ‘scale up’ (build additional factories), which would result in additional employment. For much of the 20th century, this more or less worked. It further helped bolster the middle class because the increasingly large companies with increasingly complex supply chains and multiple sites needed a larger amount of managerial staff. Managerial work, whether floor managers, foremen, accountants, or ‘human resources’, required certain skills, usually obtained through higher education. Managerial work created much of the ‘white collar’ middle class that we know and love today.

That managerial work is also what platforms like Amazon Panorama automate. Managerial work is repetitive, but also requires pattern recognition. A machine as we historically knew them wasn’t good at pattern recognition or surveillance. Computers are, as I have previously pointed out, already good at pattern recognition, some of the advances made in ‘AI’ in the last decade have actually made computers better at facial recognition than humans ourselves are. Computers are also terrifyingly good at data collection. Amazon Panorama is simply the latest platform to join a plethora of platforms aimed at automating management, decreasing the need for managers. Even before the automation of management began, companies had already began outsourcing management to contractors, who will not receive the benefits of long-term employment. Combine this with the ongoing informalisation of labour and we are increasingly replacing well-paid management jobs with low-paid temporary labour. This contributes greatly the already decades long process of hollowing out the middle class.

Amazon’s Panorama is particularly ominous as it further shows Amazon’s hand in this existential threat to our economy. The term of this particularly ominous bit of Amazon’s nature, frequently used in the excellent book, The Cost of Free Shipping, is ‘surveillance capitalism’. Amazon is always, always watching. The Amazon recommendations, Alexa, your shopping history, your reading history, your listening history, your music tastes, your film tastes, everything you buy from Amazon, Audible, or any movement you make on any AWS platform all feeds into Amazon’s dataset about you.

Amazon is now entering healthcare, in addition to its place already in logistics, retail, entertainment, publishing, infrastructure, and the ‘gig economy’. The healthcare industry is historically one of the largest employers in the Western world: 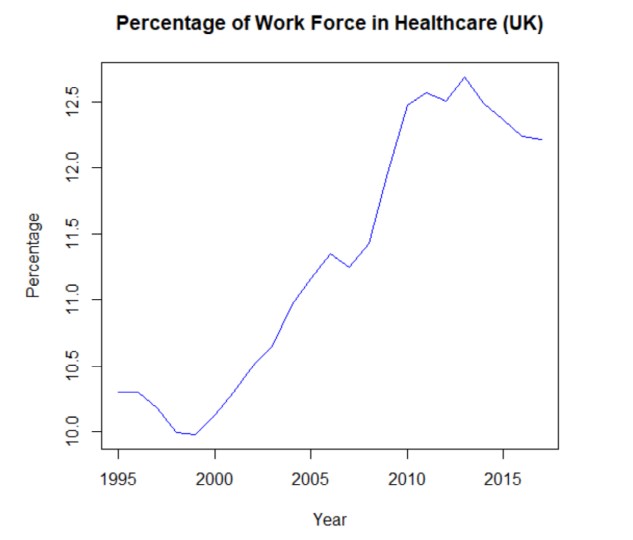 Should Amazon push to eat up as much of this marketplace as it has so many others, a number of people in healthcare may find their jobs imperilled, their wages cut, and their employment opportunities diminished, just as Amazon has done in countless other marketplaces. Not helping ease my concerns over Amazon’s entry into healthcare is our own government’s lack of appetite to protect the sanctity of the NHS from free market interference and nonsense. Indeed, we may see American style price hikes and inefficient care reach British shores should the historically anti-Union Amazon be allowed to meddle in the NHS.

In short, Amazon’s unending market grab will continue to cannibalise jobs and wages in every marketplace they attempt to enter, worse, we’re all paying Amazon to endanger our jobs.

Nick Shaxson – Could the Wealth in Tax Havens Help us Pay for the Coronavirus Response?

In this Corona Crisis a radical redistribution of wealth is necessary, and what better place to find it than on the “Treasure Islands”. But there is more, much more to this. Nick Shaxson is an […]

Frances Northrop – As Brexit dominates, its causes are being forgotten

The perennial and tragic irony is that the very conditions which led to Brexit are being eclipsed by the government’s total preoccupation with it. Frances Northrop is Director of Communities and Localities at the New […]