Last week the ECB announced its new policy of ‘going green’. How can a conventional central bank do this? Only by discriminating against bonds and equities issued by companies damaging the environment that it accepts as collateral, or which it buys, in return for loans ‘greening’ its  purchase/acceptance policy. Is ‘green central banking’ a move in the right direction? Or is it a sign of desperate times? 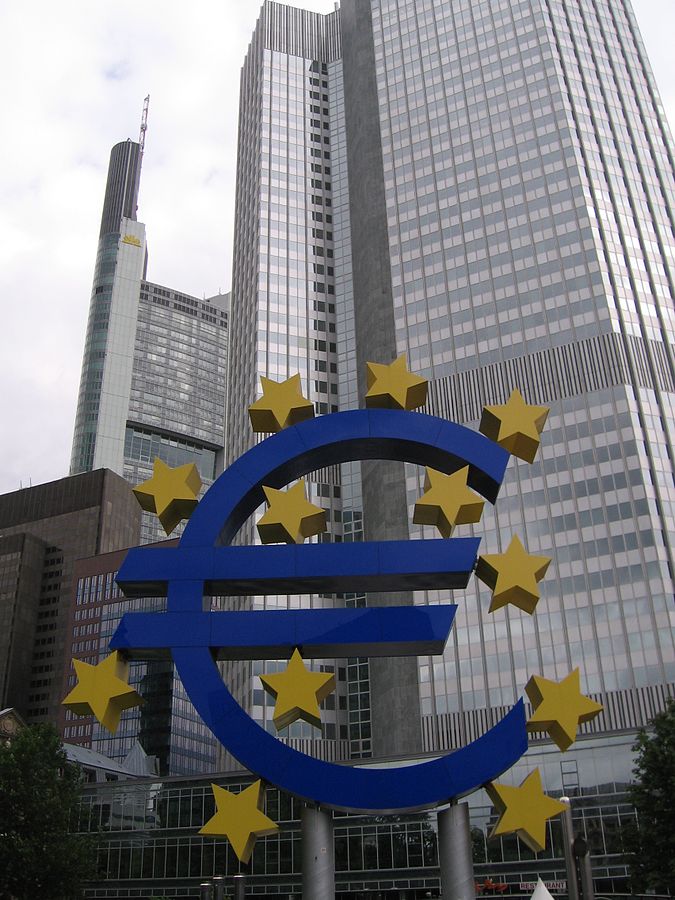 The very fact we’re discussing the idea of green central banking is a reminder that we live in desperate times. It demonstrates that good people, who care passionately about the green transition, have given up hope of living in functioning democracies willing and able to pursue our common interest.

But this also places highly political decisions (for instance, an increase in interest rates that shifts power from debtors to creditors, or the purchase of an energy company’s bonds) beyond the reach of the demos and into the hands of an oligarchy which has traditionally profited from policies destroying the planet. Indeed, every time political decisions are disguised as technical ones and removed from the democratic realm, the result is toxic policies and economic failure.

While I am heartened by the recent urgency to enlist monetary policy in the pursuit of the green transition, what fills my heart with sadness is that all the recent talk of ‘greening’ central banks is unaccompanied by any challenge to the notion of central bank independence.

Just like monetary policies, green policies are – and can never be anything other than – political choices. Whether we introduce a carbon tax or divest from fossil fuels or boost nuclear energy, every such decision has different effects on different people, communities and social classes. They are political through and through. To leave both monetary and green policies to nominally independent central banks is, effectively, to subcontract every decision that matters to the oligarchy to which central banks are beholden.

In reality, what has been happening is that since the 1970s central bank independence has been an excuse for formally depoliticising political decisions. In other words, of intentionally shrinking democracy and ditching the notion that crucial political decisions must be reached democratically.

Central banks can never be, and have never been, independent. Their legal independence has simply bolstered their dependence on bankers, on creditors, on multinational corporate interests. To place one’s hopes of a green transition on these same central banks is to legitimise the dwindling of democracy while turning citizens into denizens pleading with central bankers to save the planet on their behalf.

Understandably, central bankers like Christine Lagarde, president of the European Central Bank (ECB), cannot come out into the open to challenge basic articles of the charters that bind them professionally and legally. Being legally bound to not criticise central bank independence, it is natural for them to express any concern they have for the planet by seeking to ‘green’ their institution’s practices – for instance, to rule out collateral bonds that were used to finance lignite-powered electricity generation.

But for democrats keen to push for the green transition, it is logically and ethically impermissible to go on and on about the importance of ‘greening’ our central banks while staying mute on the antidemocratic travesty that is a pretence to central bank independence.

One may counterargue that, be that as it may, we are saddled with central banks whose charters are what they are. Given the climate emergency, can we afford to waste years debating new charters and fresh mandates for our central banks? Should we not do whatever it takes in the short term, within existing central bank charters, to discourage pollution and bolster green investments?

Yes, of course we should. Central banks must be pressed immediately into the service of the task in hand. Except this cannot and should not be done by having them apply political or environmental criteria to their lending practices, including quantitative easing.

To illustrate my point, compare and contrast two approaches for using the ECB’s firepower in pursuit of a genuine European green new deal.

One approach, which I refer to as ‘collateral tinkering’, is to tamper with the ECB’s collateral rulebook, by linking the haircut it applies to collateral corporate bonds to the carbon footprint of the relevant corporation. For instance, lending only 40% of an ExxonMobil bond posted as collateral, but raising this to 70% if the oil giant mothballs all future drilling projects.

The problem with this is threefold: legal, political and practical. Legally, the ECB’s mandate as specified in its charter must be extended beyond its current mono-commitment to price stability – a task that will involve 27 parliaments agreeing to a new charter.

But, even if this obstacle can be overcome or sidestepped, and everyone turns a blind eye to the new collateral rules, the political problem remains: who will decide which haircut applies to which bond? Subcontracting such a colossal political decision to unelected central bankers would constitute democracy’s last straw.

And then there is the question of the policy’s impracticality: how can the ECB monitor that ExxonMobil will make best green use of the funds it receives, courtesy of divesting from future oil drilling and securing a smaller haircut for its bonds? What can the ECB do if, say, it discovers that ExxonMobil took the money and, instead of investing into solar or wind, used it to buy back its own shares? The answer is depressingly little.

The second approach is to leave the ECB’s charter alone (for now at least), but have the EU Council announce that it is instructing the European Investment Bank to issue new bonds annually to the tune of 5% of EU GDP to fund the green transition. As the ECB is already buying as many EIB bonds as it can find, legally within its existing charter, this announcement effectively forges an EIB-ECB alliance.

A casual statement by the ECB that it will continue to purchase EIB bonds will ensure that, without a cent of new taxes, the EU now has 5% of its GDP to invest annually directly into green energy, transport, agriculture and heavy industry. This will allow the EU to channel real money into green investments of our governments’ collective choice. No ECB charter changes, no collateral tinkering, just immediate green action.

While this move would not democratise the ECB in itself (that would have to come later), it would limit the ECB’s political decision-making and assign the selection of green projects to elected politicians at the EU Council and the European Parliament.

And yet we hear nothing of an EIB-ECB Alliance – such a move would be legal and most effective in harnessing the ECB’s firepower to Europe’s green transition. But our ears are buzzing with all the talk about green central banking relying on legally suspect and practically inefficient ‘collateral tinkering’.

Why? Because the powers-that-be are prepared to sacrifice the Earth before they allow for the re-democratisation of political decisions it took them so long to take off the demos’ hands.