Economic growth? “No. But it’s not about size, it’s about quality.”

Andrew Simms is an author, analyst and campaigner and is a member of the New Weather Institute

Cross-posted from the website of the New Weather Institute 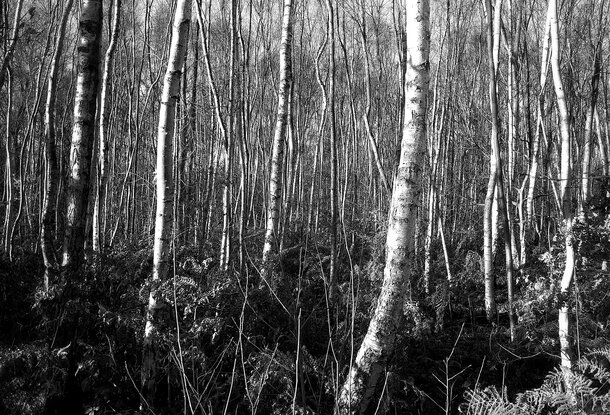 No. But it’s not about size, it’s about quality. And with the many lessons from lockdown and the latest climate science ringing in our ears, there is enormous potential in 2021 for the UK to lay foundations for rebuilding a better, more equal, caring and environmentally viable economy.

We should be aiming for more, better and better shared employment, an economy in which we achieve greater regional equality, to care for each other better, rediscover how to make things for ourselves again, to design and introduce the energy, transport , food and retail systems that maximise good work, breathe life back into high streets and communities and radically reduce environmental impact.  That may sound like a long and ambitious list, but its fits a series of choices that as a country we have to make anyway due to a combination of external circumstances, necessity and opportunity. Decentralised renewable energy is on the march; lockdown has reconnected us with our communities and the importance of local producers and supply chains, revealed much travel to be unnecessary and triggered a pandemic related re-evaluation of socially useful key workers. We have long passed the point of giving mindless applause to any economic activity simply because it guarantees the economy’s overall size.  The public sphere has been revealed as the ultimate foundation of the economy, even in the sense of being the wage payer of last resort in a crisis, and Government policy and spending priorities are uniquely able right now to reshape the economy.  Its new shape needs to enable the more equal sharing of its benefits, rapid transition towards low environmental impact and raising well-being. These can be tracked and make more meaningful measures of success.

Two things will undermine the UK’s recovery compared to its peers. One is the confusion, uncertainty and bureaucratic nightmare of Brexit. The other is that compared to Germany, for example, we still have a largely unreformed, over-centralised and self-interest banking system which lacks the skills, capacity and clear mandate to support especially micro, small, and medium enterprises. The UK urgently needs both a real, green national investment bank, and authentic, regional banks, like the nascent South West Mutual.

2. Do you expect the chancellor of the exchequer to announce higher taxes or lower public spending in 2021? When and to what extent do you think fiscal consolidation will be needed?

There is clearly scope for wealth taxes, but neither rationale nor justification for rises targeted at low income households. As the Bank of England policymaker, Gertjan Vlieghe, pointed out recently, “We are really not all in this together. It is far, far worse for some than for others”.  Low income countries, and low income households in wealthier countries have been hardest hit. The UK cutting aid to some of the world’s poorest countries was both an inhumane act, reneging on an international commitment, and in the context of the global pandemic almost certainly counter-productive. But lower public spending would be senseless and damaging for the foreseeable future in the UK. Spending that maintains or creates necessary and new employment pays for itself through the multiplier. Further public money creation through QE remains an option, and there are as yet unexplored options to ensure that such money is more productively directed towards immediate economic, employment and environmental objectives – such as ‘levelling-up’ the UK through investing regionally in rapid and socially just low-carbon transition.

With the annual inflation rate in November at 0.3%, inflation is only on the agenda in the sense that it is among the lowest levels experienced for decades. Borrowing may be high but with record low interest rates, UK government repayments on its debt are set to be £20bn lower next year than it planned for.

As needs constantly repeating, the UK as a country does not budget like a household. Households don’t have central banks, they can’t raise money by issuing 50 year bonds that offer less than one percent interest and have them snapped up by the City in spite of the wider crisis. There should be no fiscal consolidation, in short, until public investment has revived the economy and set it on a path of recovery compatible also with the UK making its proportionate contribution to halting the climate emergency.

How the UK labour market performs in 2021 will be a function of whether and how the government succeeds in steering a course for economic recovery, and the degree to which it mitigates damage from the self-inflicted harm of Brexit.

Key to both will be filling the skills and training gap. It was exposed recently by problems with even the government’s relatively modest Green Homes Grant scheme. As a £2billion toe-in-the-water intended to support 140,000 jobs and part of a wider ‘green recovery’ plan that it meant to be an official priority it quickly ran into problems. People trying to use the scheme quickly experienced a shortage of providers boding badly for the government’s bigger green industrial revolution. Too little consideration has been given to the rather vital question of whether the trained workers are there to deliver it, an oversight that included official government advisors the Climate Change Committee who admitted that in costing the low carbon transition they had overlooked the workforces training needs.

The performance of the labour market will also be determined by policy signals indicating whether key infrastructure and technology choices are likely to go more down capital or labour intensive routes. In energy for example, nuclear options are expensive and capital intensive, whereas renewables are cheaper and, pound for pound of investment create more jobs. Similar choices are to be found in most sectors. The moving feast of the furlough scheme will also determine outcomes and there is a need to think creatively.

The combination of Brexit and rapid, low-carbon transition means that the UK is going to need to learn a lot of new tricks, become relatively more self-sufficient and create stronger and more circular local and regional economies. A version of a basic income scheme and/or universal basic services, could underpin this process of change and provide enough material security to unleash a huge amount of entrepreneurialism and creativity in working lives. After the experience of furlough it is now perfectly realistic and imaginable to see a scheme like this being trialled. It would have the benefit also of tackling the inequalities in the labour market revealed by the pandemic between waged workers, and those in more precarious freelance and gig economy roles.

4. How much scope does the Bank of England have to loosen monetary policy again in 2021? Would it make any difference?

With the bank rate set by the Bank of England already at 0.1% it’s tempting to conclude that monetary policy has nowhere left to go and is therefore a busted flush. But that, of course, is wrong for two important reasons. Firstly, interest rates can, of course, go negative and, secondly, in the long shadow of the 2007-2008 financial crisis, the large scale public creation of money (quantitative easing) has gone from being a seemingly exotic tool to one so standard that it now sits alongside the base rate on the Bank of England’s website as one of its two default tools of monetary policy. The magic money tree has set down deep roots. Negative interest rates interest rates might seem as otherworldly as a mainstream proposition as quantitative easing did not very long ago, but negative rates have a history. The Swiss used them in the 1970s for stabilisation, Denmark and Sweden were early adopters of negative rates post 2008 crisis, with several EU countries following suit along with Japan. At the very least the economic sky did not fall any more as a result. Of course, to work as a stimulus negative interest rates have to encourage people to spend their savings or to borrow (bearing in mind that lending then becomes less attractive to banks). But, according to one recent survey, one in five UK households have no savings at all, and two in five have less than £1,000 in savings. I think it is doubtful whether, even for those with more savings, given wider insecurities that negative rates will significantly shift people’s spending patterns. However, greater targeting of QE is a different matter and something once conceded as possible by Mark Carney, when Bank of England governor. It remains, for example, one other way in which it would be possible to finance a proper national or ‘green’ investment bank – which could be significant given the UK’s infrastructure and low carbon transition challenges.

5. Levelling up: With respect to regional inequalities, will 2021 be a year of levelling up or levelling down?

The next year could be a year of ‘levelling up’ but only if the Government follows through on many of it promises and pledges. Many of the areas needing support are post-industrial regions which should be prime beneficiaries of the promised green industrial revolution. But at the last budget statement, new funds to pay for it stood at £4 billion compared to over ten times more, £40-50 billion pledged to the roads programme and military spending.  Among the problems with the latter are that one precisely contradicts green policies, and the other is by economic definition, ‘unproductive spending’ and highly capital intensive making a poor contribution to job creation compared to other spending priorities. A step change in support for training and apprenticeship programmes will be needed and should be at the heart of any green new deal. Regional bias towards London and the South East needs addressing in all areas of policy from infrastructure to sport, the arts and banking. At the same time greater financial autonomy and revenue raising powers for local government need to go hand in hand with a confident regional banking system which has an explicit mandate to support local economies.

6. Is there anything else you’d like to tell us?

There may be no magic bullet for all our problems (although enough are now aware of an actual magic money tree to unnerve conservatives) but there is for once an economic direction that is not only necessary and agreed in principle that speaks to them. Substantial public investment to set the UK on a path compatible with meeting the 1.5°C climate target can underpin recovery, levelling-up and building back a better, greener, more equal Britain.

What looks big is sometimes less big than you think if you look more closely. Spain’s gross domestic product could well be such a pseudo giant. Why it is growing at such an incredible rate […]

A look back at the goals of Abenomics and what became of them. Michael Roberts is an Economist in the City of London and a prolific blogger Cross-posted from Michael Roberts Blog Over the weekend, […]