The current model of capitalism and its response to crisis is not only inadequate, it continues to fail in protecting the most vulnerable and assuring safety for households.

Farwa Sial is Post-doctoral Researcher at the Global Development Institute, University of Manchester 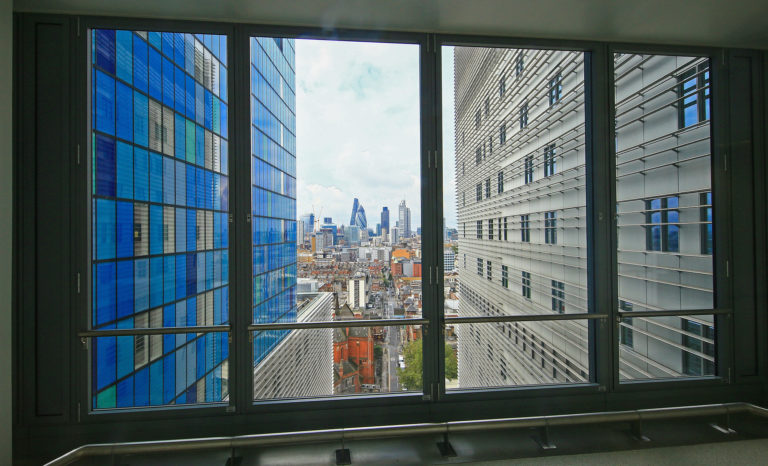 The global market gyrations since February 2020 have fed on a simultaneous supply and demand shock as well as crude oil price war. This is not a 2007-8 style financial crisis and there is no doubt that its impact is directly linked to disturbances in the circulation of capital: the stock market crash, rise in corporate debt, decline of the aviation and tourism industries, and the blow to the retail industry being some manifestations. However, the morbidity is not simply linked to the virus and the forced break in economies around the world, but to a multifaceted and contradictory historical process of how regulation escaped capitalism in the 21st century.

Since the 1970s, capitalism has undergone significant changes regarding production and distribution of value. Despite different and often contested approaches looking into these changes, a more prominent role for capital gains, fee incomes and, more broadly, rent-seeking behaviour is hardly denied. This shift has been described through various dimensions including heightened speculation in the finance, insurance, and real estate sectors, financialisation of non-financial spheres, and the emergence of new rentier classes. At the heart of this process we saw predatory value extraction and increase in inequality, which in turn has been enabled by the reinforcement of market fundamentalism and mechanisms that have led to the hollowing of states and institutions.

Although many regulations were implemented and redesigned since the 2007-8 crisis, aggressive risk-taking and moral hazard, which marked the foundations of the crisis, did not simply evaporate but have been extended and socialised in many different ways. Late capitalism rests on the ease to transcend institutions because the checks and balances which regulated profit accumulation during the post-WWII era are no longer in place. The hollowing of state has been accompanied by both allegedly neutral ‘technocratic bureaucracies’ and an absence of development indicators such as class mobility and welfarism.

Within this context, the expertise of epidemiologists to contain the virus may be more successful if accompanied by systemic reforms to address the imbalances resulting from the current structure of rentier extraction that, explicitly or implicitly, hinder policies aimed at common good.

Let’s consider, for example, the surge in demand for some products due to reasons including hoarding on an individual and corporate level. The supply side of this story may be facing input price rise, like pharmaceutical companies raising prices on essential drugs citing a halt in the import of raw materials from India and China. However, the current context may also give rise to exploitative practices. Either way, the most financially vulnerable will feel this cost in a time of illness, and their perception may exacerbate surges in demand (including hoarding) – especially in a system which is not prepared to challenge unexpected increases in production costs.

The Competition and Markets Authority issued a statement to ensure that companies should not engage in exploitative practices at the expense of customers. Yet this statement is effectively no better than a non-legally binding code of conduct, with no punitive consequences for unscrupulous market participants. This state of affairs is representative of a wider trend across UK regulatory and supervisory authorities, which short of litigation, have tended to merely deal with failures in consumer protections with toothless platitudes.

The gravity of the current crisis has led governments to implement ambitious stimulus packages to revive the economy. Economists and policymakers have intensely scrutinised these packages. A very peculiar point cutting across some of these criticisms, however, lies within the need to focus on households and workers. In the case of the UK, the rescue package does not empower or directly support households but companies. Its measure for the most part expressly targets businesses with VAT and other tax holidays or deferrals, interest rates cuts, and various other kinds of operational assistance. Even when the approach deals with the workforce – for example, the scheme offering up to 80% of an employee’s wage – it has been geared towards the objective of business continuity, with no focus or conditionalities aiming at precluding a class of zero-hours contract employees to follow, keeping employed as many workers as possible, and enabling them to make productive contributions.

Part of the intention behind this scheme, recently extended to the self-employed, is both to prevent a lapse in consumption and stave off the attendant insolvencies, company voluntary arrangements, and business failures that might originate thereof. In this respect, this scheme is comparable to an extent with the approaches following the 2008 crisis, where a number of financial innovations and measures were introduced with the specific aim to improve the supply of credit to the real economy. But, as history showed us, the availability of such credit did not translate to the expected ‘trickle down’ to either consumers or businesses, as the recipient institutions remained averse to lending (even to each other), protecting themselves. With a faith on businesses rather than financial institutions, in the current case, the wage scheme is to be sought from the government by the employer rather than by the employee, with no explicit mechanism to either avoid firms acting solely for their own benefit (for example, Virgin Atlantic upon seeking a £7.5bn bailout from the government are simultaneously demanding that their employees should forego remuneration for eight weeks) or ensure binding regulation to guarantee employment (see, for example, Wetherspoons).

It can’t be emphasised enough that the current pandemic is neither simply a crisis of supply or demand, but a disruption of labour supply followed by unusual shock slowing down demand for some services and goods even when most of the people are still holding their jobs or being monetarily compensated for not being at work. For this reason, although households within economic analysis are usually understood from the lenses of consumption, it seems that now stimulus or reform packages have to be tailored to not only spur demand (at the right moment) and keep businesses alive, but ensure that a complete breakdown of the system due to the need to ‘de-mobilise’ the economy is avoidable.

In this sense, much more needs to be done assuming a more central role in the economic analysis for households. We ought to include measures that look into issues ranging from childcare and elderly care, direct and quick monetary transfers to levels of debt and precarity of employment. This focus is particularly important considering that the weakening of the state in the UK has been accompanied by the austerity policies and misallocation of resources resulting from the privatisation of healthcare.

While alternative measures such as universal income and ‘helicopter money‘ have been criticised on the basis of the amount of money transfer and duration of uncertainty linked to the crisis, the efficacy of both proposals lies in protecting households. This protection, whatever its format, is what we need now, and it should be followed by radical changes in a way we see, understand, and perceive inequality, vulnerability, and class – in the same way that the implementation of the welfare state in the 1940s followed both a radical change in how poverty was perceived after WWII and the acknowledgment of the need for a comprehensive welfare system as a duty of the state. If we will use the war analogy to understand and solve the COVID-19 crisis, this is definitely the main (and perhaps the only) reason to do so.

As others have advocated, a reform/stimulus package has to be a comprehensive intervention which ensures protection for ordinary people. In the absence of a vaccine, the ‘economic contagion’ needed to keep the economy afloat can only work if people are both immobilized and financially secure. The current model of capitalism and its response to crisis is not only inadequate, it continues to fail in protecting the most vulnerable and assuring safety for households. A systematic transformation, which leaves institutions better prepared to deal with crises, can only start with addressing the basic question of unequal distribution and reorienting economic policy from a common good perspective. The UK has a historic opportunity to rethink its economic model: regulation must be strengthened and transformed in favour of the public.

Liam Farrell – Ireland: ‘We have people without homes and homes without people. Mission not completed.’

Somehow Ireland has rarely been a topic in BRAVE NEW EUROPE except for its tax policies. Our Partners and comrades at The New Pretender posted this and were so kind as to let us present […]

In this general election, Britain faces a paradigm shift, argues Abby Innes: the essential choice is between a government of the economic hard right that will complete the already-failed supply-side revolution of the last forty […]

“Lisbon – Europe’s best kept tax secret”. Portugal is offering foreigners tax dodges by buying property in their nation. The race to the bottom is heating up. Francis Weyzig is senior policy advisor at Oxfam Novib […]