We may well be seeing the end of “fiscal responsibility”, which means austerity. Governments are increasingly under pressure to adopt fiscal measures to deal with the mounting financial and economic pressures we are currently experiencing. In this case in Britain.

Jeremy Smith is co-director, Policy Research in Macroeconomics (PRIME), and barrister. He is a co-editor of Rethinking Britain 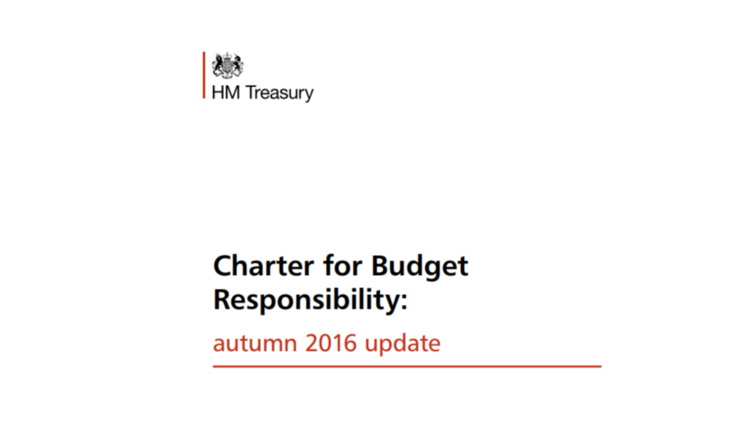 Yesterday (5 March) the Financial Times published an article by its economics editor Chris Giles, under the title “The Treasury has two dirty secrets on its fiscal rules”. Underneath that, the sub-heading read “What is the use of gleaming new hospital equipment if there is no money to pay staff to operate it?”.

Now this is all rather amazing, given the degree of deference generally shown to ‘fiscal rules, Though this debunking is no doubt timely for new Chancellor Rishi Sunak – as he prepares his first budget – squeezed between the Scylla of the coronavirus’s economic consequences, and the Charybdis of the Office for Budget Responsibility’s likely downbeat assessment. After all, the Conservative governments since 2010 have sought to convince us since 2010 that fiscal rules are essential tools – and they were given statutory underpinning in 2015 when George Osborne as Chancellor introduced the requirement to have a Charter for Budget Responsibility which includes the Treasury’s fiscal rules.

The Tory complaint was that Gordon Brown’s 1998 “golden rule” (Borrow only to invest) had not been stringent enough, though the modest deficits of the era played no part in the great financial crisis. Osborne himself tightened the austerity screw further when he imposed a ‘balanced budget’ rule which meant that future government should not be able to borrow even for investment purposes.

The Conservative Party 2020 manifesto included reference to its fiscal rules:

“We will not borrow to fund day-to-day spending, but will invest thoughtfully and responsibly in infrastructure…. Our fiscal rules mean that public sector net investment will not average more than 3 per cent of GDP, and that if debt interest reaches 6 per cent of revenue, we will reassess our plans to keep debt under control.”

No magic in balancing current budget

But as we have long argued – and Chris Giles here accepts – there is no clear logical division based simply on capital / revenue definitions as to what is in the long-term interests of the nation:

“Why should paying the salaries of further education staff be considered less of an investment in the UK’s future than building the HS2 high-speed railway? Isn’t current spending on policing and public safety vital for future economic prosperity? What is the use of gleaming hospital equipment if there is no money to pay staff to use it? There are no satisfactory answers to these questions, casting doubt on the wisdom of setting a rule to balance the current budget.”

The Treasury guarding the secrets

But Mr Giles – a fiscal austerian by nature – goes on to explain “two dirty secrets of fiscal rules that the Treasury has guarded for almost a generation.”

First, while the ‘borrow only to invest’ rule was mostly just words “for public consumption”, it was liked by officials as in general terms they thought it would lead to the public finances being “broadly sustainable in the long term.”

Second, says Giles, “the main use of fiscal rules within the Treasury is not to ensure the sustainability of public finances but to control the activity of spending departments.”.

Which leads us to the third (and not well kept) dirty secret, that the true purpose of the rules for the post-2010 governments has been to enforce a shrinking of the state and therefore of public services – using arguments about fiscal sustainability as a fig-leaf.

We await with acute interest the outcome of the tensions within the current government – will they loosen the rules to enable more spending on public services and projects, or maintain (as Sajid Javid was going to do) to continue the reduction of the state’s role, but thereby risking alienation of many of their recent voters who have suffered from austerity. Here is Javid’s defence of fiscal rules (from his resignation speech):

At a time when we need to do much more to level up across the generations, it would not be right to pass the bill for our day-to-day consumption to our children and grandchildren. And, unlike the US, we don’t have the fiscal flexibility that comes with a reserve currency.

So that’s why the fiscal rules that we were elected on are critical.

To govern is to choose.

And these rules crystallise the choices that are required: to keep spending under control, to keep taxes low, to root out waste, and to pass the litmus test — rightly set in stone in our manifesto — of debt being lower at the end of the parliament.

The Labour Party in 2017 had also tied itself to a self-imposed fiscal rule, also along the lines of “borrow only to invest”. To my mind, this was seriously misguided in a specific major respect, as it stated that fiscal policy should only be used when monetary policy had reached the “zero lower bound”, as decreed by the Bank of England’s Monetary Policy Committee, which thus was assigned as technocratic gate-keeper to elected government’s use of fiscal policy.

Time to do away with fiscal rules

Last year, in the many-authored book “Rethinking Britain – policy ideas for the many” of which I was co-editor (published by Policy Press), I wrote a contribution which asked “Should we have fiscal rules?” My answer was a clear No. I argued that what matters most is the state of the overall economy, of which the public finances are just a part, though certainly an important part. Public spending and tax income depends on the state of the economy, and public spending can itself affect – in a positive way – the state of the wider economy. My conclusion was that

Fiscal rules are dysfunctional instruments for successful economic management, and should be avoided. In place of such ‘rules’, there should be full transparency of the government’s main economic objectives and assumptions.”

In a 2015 article on PRIME, “How should Labour react to Osborne’s ‘vacuous and irrelevant’ Fiscal Charter?” I had already given some indications of how this approach might be used, to set ‘whole economy’ objectives.

In conclusion, “fiscal rules”, if not legally binding, are a sham since – far from being reliable guidance to long-term policy – they are used for purposes of propaganda and short-term expediency, then cast aside and replaced with another equally ephemeral set. If legally binding, they can be even more dangerous, in enforcing perverse economic policy, as in the eurozone.

A good look into the work and challenges of independent journalists Jonathan Cook is an award-winning British journalist based in Nazareth, Israel, since 2001 Cross-posted from Jonathan Cook’s website My talk at the International Festival […]

Emma Clancy – The eurozone’s ‘soulless market’ and its thuggish enforcers

The EU hegemon Germany has rigged the Euro to serve its interests. Germany has been the big winner, having benefited by €1.9 trillion from the euro between 1999 and 2017, or around €23,000 per person. […]