Whilst the ambition of Labour’s Green New Deal should be applauded, questions remain regarding its technological and political feasibility. 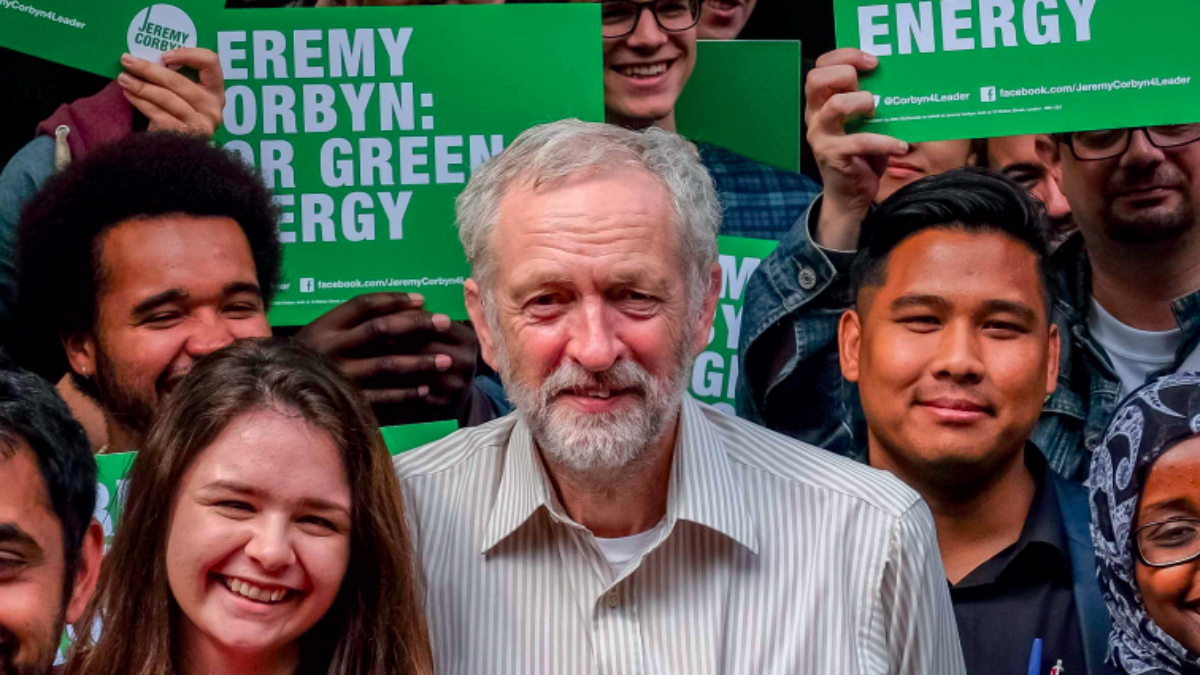 The Labour Party conference has voted in favour of a Green New Deal. This is a triumph for the young activists who have led the campaign for it, but it creates a problem for the party leadership just weeks before a probable general election.

The idea of a Green New Deal – a state-led investment programme to reduce greenhouse gas emissions and restore ecosystems while creating jobs and reducing inequality – has swept the world in the last year.

In Germany, a Green New Deal (GND) is the principal demand of the Green Party, now riding high in the polls. In the US, all the leading contenders for the Democratic nomination for president support a Green New Deal. In Brussels, the (Conservative) European Commission president-elect, Ursula von der Leyen, has declared that she wants a “European Green Deal” to be the EU’s “hallmark” policy.

But these proposals aren’t all the same. The German Greens and the European Commission aim for more or less complete decarbonisation of the economy by 2050. In the US – and now the Labour Party – the timetable has been dramatically brought forward, with the GND congressional resolution calling for a “ten-year mobilisation” to achieve “net zero” greenhouse gas emissions, and the Labour motion setting 2030 as the date to achieve the same goal. The “net” part allows for some emissions to be captured and stored, either absorbed by vegetation or sequestered underground.

In the US, the GND is not just a green investment plan. It includes demands for a universal job guarantee, expanded trade union rights and universal health care. The Labour motion calls for the repeal of all “anti-union laws” and the public ownership of the energy and transport systems. In other words, the GND has a much broader purpose than just emissions reduction. It represents, for many of its supporters, both a symbol and a vehicle for the radical transformation of the economy.

Labour and the Green New Deal

As a vanguard demand of party and environmental activists, the GND has been stunningly successful. A year ago climate change was barely on the US political agenda. Now, not only is it one of the main issues in the Democratic race, but the campaign for a GND has visibly propelled the party to the left. Those behind the Labour motion have similarly proclaimed a victory for eco-socialism. But the party leadership is unlikely to be as happy. For Labour is probably just weeks from a general election, and the GND motion doesn’t look like a feasible programme for government.

It’s not that Labour’s leaders don’t want to act on climate. On the contrary, they were already committed to a large-scale green investment and job creation programme to tackle it – what the party calls a “green industrial revolution”.

The problem is that the 2030 date the conference motion has set to achieve net-zero emissions is one which no serious climate policy expert thinks is either technologically or politically feasible. The independent Committee on Climate Change recommended that net zero could be achieved in the UK by 2050. Parliament has since put this into statute under the Climate Change Act.

Labour activists argue that the UK should act faster than other countries because of its historic emissions and to allow developing countries to set later target dates. But even Friends of the Earth are only confident that the UK could reach net zero by 2045.

Labour certainly wants to create green jobs as fast as possible. Investing in energy-efficient and solar-powered homes, expanding onshore and offshore wind, accelerating the introduction of electric vehicles, a huge programme of tree planting and habitat restoration are all likely to figure in the party’s manifesto. And, as economist Ann Pettifor has demonstrated in a new book, this is all affordable. With real interest rates negative, the government can sensibly borrow for much of it, and co-invest with the private sector through its proposed National Investment Bank for the rest.

“Green jobs” are not the problem. It’s the “brown” ones. Net zero means the closure of much of the UK’s oil and gas sector, unless carbon capture and storage technologies can be implemented at scale. Doing this by 2030 poses an immediate threat to the 280,000 jobs estimated to be supported by the sector.

The 2030 target would mean the complete turnover of the country’s vehicle stock in a decade, with huge implications for the UK’s automotive industries, not to mention drivers. And it would require severe restrictions on flying, as low-carbon aviation fuels are not likely to be ready at scale by then.

Advocates of a GND have proposed a “just transition” to enable workers from high-carbon industries such as oil and gas to be transferred into new, green ones. But no one has yet shown how such a transition could be accomplished in just a decade and ensure the creation of sufficient jobs of equivalent skills and wages.

The Labour motion includes a small get-out clause as a result of pressure from the trade unions: the 2030 target should be put into law only “if it achieves a just transition for workers”. So the Labour leadership may use this to avoid specifying 2030 in the party’s election manifesto. But they will be on the hook either way. Either the manifesto will be seen as a betrayal of the conference vote, or a Labour government will be seen as insufficiently committed if it doesn’t achieve the 2030 target.

There is no question that activists on both sides of the Atlantic have won a huge victory in forcing the climate debate onto the territory of economic justice. But if they are to change the world, radical symbolism isn’t enough. The Green New Deal must become a serious programme for government. That work is only just beginning.

For Australia everything that could go wrong seems to be happening. Michael Roberts is an Economist in the City of London and a prolific blogger Cross-posted from Michael’s Blog If you agree that there is an […]

The problem with the EU and Euro is that they are based on lies under the presumption that if repeated often enough, they will become reality. This worked well for a while, but as Abraham […]