German hegemony, corruption, and moral posturing have been the mainstay of the EU liberal democracy political class for over a decade. What was missing was economic, social, and political policy. Now can kicking is running out of road. 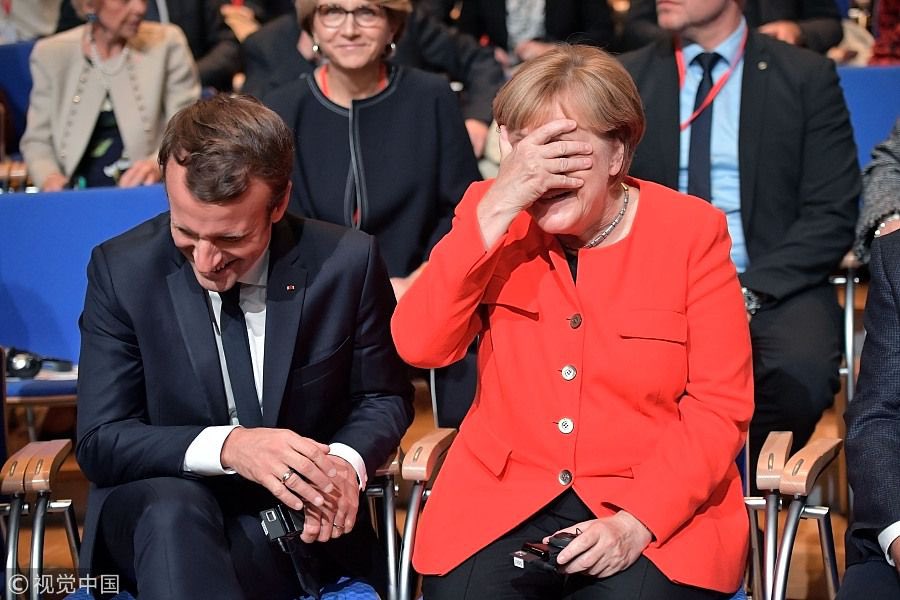 The major economies are moving closer to recession, if they are not already there; and yet inflation rates continue to rise (for now).  The latest surveys of business activity, called Purchasing Managers Indexes (PMIs), show that both the Euro area and the US are now in contraction territory (i.e. any level below 50).  The composite PMIs (which put together both manufacturing and services) for the major economies in July show:

The big shock was in the US. The US composite PMI also fell into contraction territory at 47.5 in July, down sharply from 52.3 in June to signal a solid fall in private sector output. The rate of decline was the sharpest since the initial stages of the pandemic in May 2020, as both manufacturers and service providers reported subdued demand conditions.  So just as we enter the second half of 2022, US business activity is diving.

And according to the latest estimate of real GDP growth by the Atlanta Federal Reserve Bank GDP NOW model, in the three months to June, the US economy contracted at a -1.6% annualized rate, matching a similar fall of -1.6% in the first quarter.  If this estimate is confirmed next week, it would mean that the US was technically in recession.

The current response to this claim is: how can the US economy be in recession or close to it, when the unemployment rate is near all-time lows and payrolls keep on rising?  But this response is dubious to say the least.  First, there are two measures of employment for the US: the payroll figures and the household survey (a survey of households with jobs).  The latter is currently showing the opposite of the former, namely a fall in the number of Americans at work. On this household measure, the labor force shrank, declining from 164.376 million to 164.023 million, and the participation rate (those in work compared to the total working age population) dropped more than expected to 62.2% – graph below.

Also, the initial jobless claims (the number of people claiming benefits because they are out of work) are now on a steady rise.

And the number of new jobs available (called JOLTS) have peaked.

Second, and most important, unemployment is a lagging indicator in a recession.  The leading indicator is the movement in corporate profits and business investment, followed by production and then unemployment.  Employment comes last because it rises only when corporations stop taking on more labour and begin to reduce their workforce.  And they only do this when profitability and production start to fall away.  And, after reaching all-time highs, profit margins have begun to fall.

During the COVID slump, profits rose sharply compared to wages and acted as the driver and gainer in rising inflation.  Now that is beginning to change as profits are squeezed by rising components costs and weakening demand.

But it is in Europe that the evidence for an outright slump is most convincing.  And it’s not just the data on economic growth that support that.  In addition, Europe faces a huge squeeze on energy production and imports as the sanctions being applied on Russian gas and oil imports will not be sufficiently compensated for by imports from elsewhere.

Many German manufacturers are warning that they will have to close down production completely if energy inputs dry up. Petr Cingr, the chief executive of Germany’s largest ammonia producing company, and a key supplier of fertilisers and exhaust fluids for diesel engines, warned of the devastating consequences of the ending of Russian gas supplies.  “We have to stop [production] immediately,” he said, “from 100 to zero.” According to UBS analysts, no gas for the winter will result in a “deep recession” with GDP contracting 6 percent by the end of next year.  Germany’s Bundesbank has warned that the effects on global supply chains of any Russian cut-off would increase the original shock effect by two and a half times.  ThyssenKrupp, Germany’s largest steelmaker, has said that without natural gas to run its furnaces “shutdowns and technical damage to our facilities cannot be ruled out.”

And it’s worse.  Inflation is still rising in most European economies.  So the European Central Bank (ECB) has decided that it must act to raise interest rates sharply.  It pushed up its policy rate by 50bp last week, more than expected, taking the rate into positive territory for the first time in a decade.  The days of ‘quantitative easing’ have been replaced by ‘quantitative tightening’.

But this move comes at the worst time for countries like Italy, highly dependent on Russian energy.  Last week, the technocrat former ECB chair, Italian prime minister Mario Draghi was forced to resign when several parties in his coalition government withdrew their support; some because they opposed his support for military aid to Ukraine; and some because they saw their chance to win an election. Italy has a very large public debt ratio to its GDP.

Up to now, the interest costs of servicing that debt have been low because interest rates have been kept low by the ECB, which has also provided billions of credit to Eurozone governments.  But now interest rates are on the rise and investors in Italian government bonds have become worried that Italy (especially one without a viable government) may find it difficult to service these debts.  So the yield on the Italian 10-year bonds surged to above 3.5%.  The fall of the Italian government also threatens the distribution of billions of euros from EU Covid recovery funds, supposedly going to Italy next year to boost its economic growth.

So Europe’s economy is going down just as the ECB hikes rates to control inflation.  As I have explained in previous posts, raising interest rates to control rising inflation caused by weak supply and productivity and the Ukraine war will not work, except to provoke a slump.

The ECB has now resorted to a desperate measure in introducing a transmission protection instrument (TPI), a new form of credit that will be doled out to governments like Italy if their bond prices collapse.  However, this may never be used because it would mean the ECB would be providing open-ended financing of Italy’s fiscal spending, something likely to be against all the ‘Maastricht’ rules for the Eurozone.

The ECB is caught in what one analyst called a “nightmare scenario”.  The deputy head of the Brussels-based Bruegel economic think tank, Maria Demertzis said, “The risk ahead of us is that because of the energy crisis, the euro area could end up in recession, while at the same time the ECB will have to keep raising rates if inflation does not come down.”  Krishna Guha, head of policy and central bank strategy at US investment bank Evercore, said: “The combination of a brewing giant stagflationary shock from weaponised Russian natural gas and a political crisis in Italy is about as close to a perfect storm as can be imagined for the ECB.”

Matthew Paterson – IPCC report: how to make global emissions peak and fall – and what’s stopping us

Kapichka/Shutterstock Matthew Paterson, University of Manchester Every few years, the Intergovernmental Panel on Climate Change (IPCC) – the United Nation’s climate science body – produces a major report on the state of the climate crisis. […]

Tamara Ehs – Austria: Dawn after the empty night of socialism?

Like so many social democratic parties in Europe the SPÖ in Austria is in crisis. Tamara Ehs asks if the party is capable of regenerating itself and what is the future of democracy in […]