It is not every day that we post a press release. This one however is simple, but to the point: “In the fifth richest country in the world, this is not just a disgrace, but a social calamity and an economic disaster, all rolled into one.” 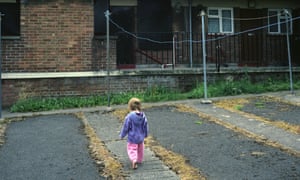 The UK Government’s policies and drastic cuts to social support are entrenching high levels of poverty and inflicting unnecessary misery in one of the richest countries in the world, a UN human rights expert said today.

“The United Kingdom’s impending exit from the European Union poses particular risks for people in poverty, but the Government appears to be treating this as an afterthought,” the UN Special Rapporteur on extreme poverty and human rights, Philip Alston, said at the end of a 12-day visit to the country.

Almost all studies have shown that the UK economy will be worse off after Brexit. Consequences for inflation, real wages, and consumer prices will drive more people into poverty unless the Government takes action to shield those most vulnerable and replaces current EU funding for combatting poverty, he said.

In the United Kingdom, 14 million people, a fifth of the population, live in poverty. Four million of these are more than 50 percent below the poverty line, and 1.5 million are destitute, unable to afford basic essentials. After years of progress, poverty is rising again, with child poverty predicted to rise 7 percent between 2015 and 2022, homelessness is up 60 percent since 2010, and food banks rapidly multiplying. “In the fifth richest country in the world, this is not just a disgrace, but a social calamity and an economic disaster, all rolled into one,” Alston said.

“During my visit I have spoken with people who depend on food banks and charities for their next meal, who are sleeping on friends’ couches because they are homeless and don’t have a safe place for their children to sleep, who have sold sex for money or shelter, children who are growing up in poverty unsure of their future,” Alston said. “I’ve also met young people who feel gangs are the only way out of destitution, and people with disabilities who are being told they need to go back to work or lose benefits, against their doctor’s orders,” Alston said.

Successive governments have presided over the systematic dismantling of the social safety net in the United Kingdom. The introduction of Universal Credit and significant reductions in the amount of and eligibility for important forms of support have undermined the capacity of benefits to loosen the grip of poverty. “British compassion for those who are suffering has been replaced by a punitive, mean-spirited, and often callous approach,” Alston said.

“As a ‘digital by default’ benefit, Universal Credit has created an online barrier between people with poor digital literacy and their legal entitlements,” Alston said. “And the ‘test and learn’ approach to the rollout treats claimants like guinea pigs and can wreak havoc in real peoples’ lives.”

Local governments in England have seen a 49 percent real-terms reduction in Government funding since 2010, with hundreds of libraries closed, community and youth centres shrunk and underfunded, and public spaces and buildings including parks and recreation centres sold off.

“I was told time and again about important public services being pared down, the loss of institutions that would have previously protected vulnerable people, social care services that are at a breaking point, and local government and devolved administrations stretched far too thin,” Alston said. “The voluntary sector has done an admirable job of picking up the slack for those government functions, but that work does not relieve the Government of its obligations”.

“The Government has remained in a state of denial, and ministers insisted to me that all is well and running according to plan,” Alston said. “Despite making some reluctant tweaks to basic policy, there has been a determined resistance to change in response to the many problems which so many people at all levels have brought to my attention.”

During his visit, the Special Rapporteur traveled to nine cities in England, Northern Ireland, Scotland and Wales, and met with people affected by poverty, civil society, front line workers, and officials from a range of political parties in local, devolved and UK Governments.

“Government policies have inflicted great misery unnecessarily, especially on the working poor, on single mothers struggling against mighty odds, on people with disabilities who are already marginalised, and on millions of children who are locked into a cycle of poverty from which many will have great difficulty escaping,” Alston said.

In Norway the labour Party “changed from being a mass organization for working people into an administrator of the class compromise”, writes Asbjørn Wahl. Neo-lieralism has no desire for compormise and thus no use for […]