As we turn towards our faiths this Christmas and Hanukkah in an attempt to make sense of the year that was, economist Professor Michael Hudson says we have been interpreting the bible incorrectly. And he has written an entire book about it.

By Claire Connelly, a freelance journalist

Renegade Inc. is an independent knowledge platform for people who think differently, featuring articles and films with thinkers, writers, leaders and creators in search of the best new ideas, businesses and policies. 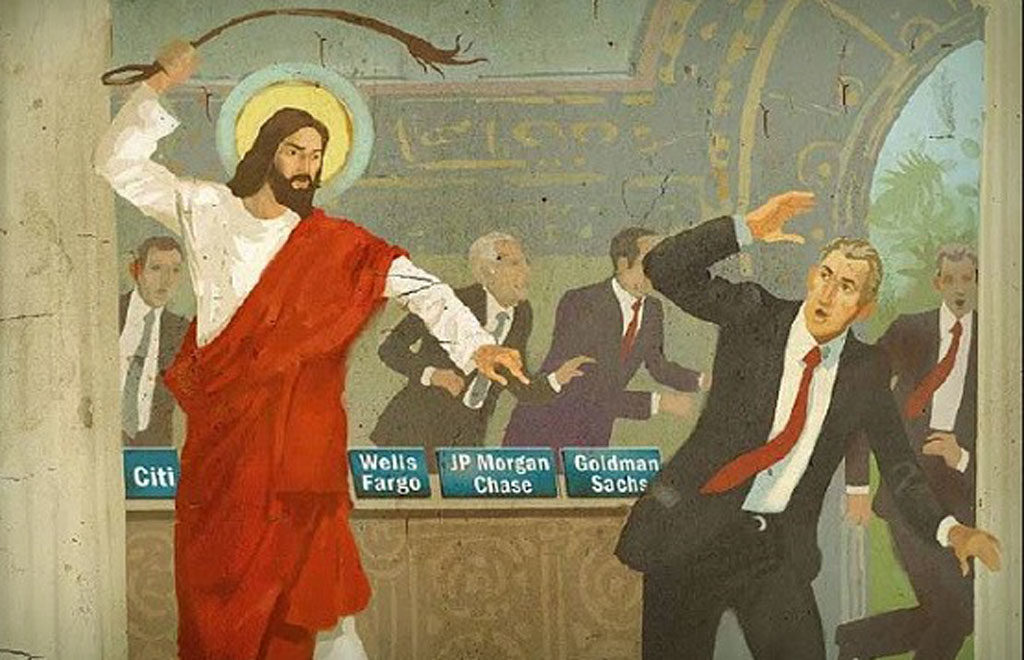 As many people turn towards their Christian and Jewish faiths this Christmas and Hanukkah in an attempt to make sense of the year that was, at least one economist says we have been reading the bible in an anachronistic way.

In fact he has written an entire book on the topic. In ‘…And Forgive them their Debts: Credit and Redemption’ (available this spring on Amazon), Professor Michael Hudson makes the argument that far from being about sex, the bible is actually about economics, and debt in particular.

The economist told Renegade Inc the Lord’s Prayer, ‘forgive us our sins even as we forgive all who are indebted to us’, refers specifically to debt.

“Most religious leaders say that Christianity is all about sin, not debt,” he says. “But actually, the word for sin and debt is the same in almost every language.”

“‘Schuld’, in German, means ‘debt’ as well as ‘offense’ or, ‘sin’. It’s ‘devoir’ in French. It had the same duality in meaning in the Babylonian language of Akkadian.”

The idea harks back to the concept of ‘wergeld’, which existed in parts of Europe and Babylonia, and set the value of a human life based on their rank, paid as compensation to the family of someone who has been injured or killed.

“The payment – the Schuld or obligation – expiates you of the injury caused by the offense,” Dr Hudson said.

The Ten Commandments were about debt

People tend to think of the Commandment ‘do not covet your neighbour’s wife’ in purely sexual terms but actually, the economist says it refers specifically to creditors who would force the wives and daughters of debtors into sex slavery as collateral for unpaid debt.

“This goes all the way back to Sumer in the third millennium,” he said.

Similarly, the Commandment ‘thou shalt not steal’ refers to usury and exploitation by threat for debts owing.

The economist says Jesus was crucified for his views on debt. Crucifixion being a punishment reserved especially for political dissidents.

“To understand the crucifixion of Jesus is to understand it was his punishment for his economic views,” says Professor Hudson. “He was a threat to the creditors.”

Jesus Christ was a socialist activist for the continuity of regular debt jubilees that were considered essential to the wellbeing of ancient economies.

Governments can forgive debt. The bible says so.

In Sumer and Babylonia, whenever a new ruler would come to power, the first thing they would do was proclaim a “clean slate”, forgiving the population’s personal debt in what was known as a ‘debt jubilee’.

The alternative would have been for those who couldn’t pay to fall into bondage to their creditors. Governments would have lost thee availability of such debtors to fight in its armies.

But classical antiquity’s rulers who cancelled their subjects’ debts tended to be overthrown with disturbing frequency – from the Greek ‘tyrants’ of the 7th century BC who overthrew the aristocracies of Sparta and Corinth, to Sparta’s Kings Agis and Cleomenes in the 3rd century BC who sought to cancel Spartan debts, to Roman politicians advocating debt relief and land redistribution, Julius Caesar among them.

Jesus’ first reported sermon in Luke 4 documents his announcement that he had come to revive the enforcement of the Jubilee Year. The term “gospel” (or ‘good news’) was used specifically to refer to debt cancellation which became the major political fight of the imperial Roman epoch, pitting Jesus against the pro-creditor Pharisees, (a political party and social movement that became the foundation for Rabbinic Judaism around 167 BC). 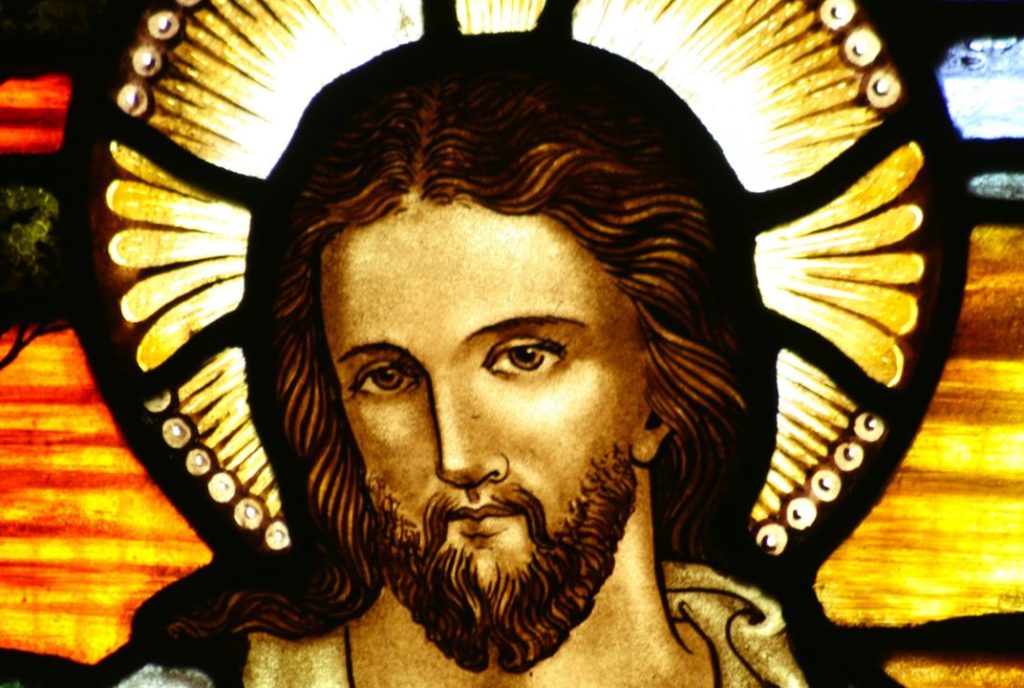 Jesus died for our debt

The Pharisees, Hillel (the founder of Rabbinical Judaism) and the creditors who backed them decided that Jesus’ growing popularity was a threat to their authority and wealth.

“They said ‘we’ve got to get rid of this guy and rewrite Judaism and make it about sex instead of a class war’, which is really what the whole Old Testament is about,” Professor Hudson said.

“That was where Christianity got perverted. Christianity turned so anti-Jesus, it was the equivalent of the American Tea Party, applauding wealth and even greed, Ayn-Rand style.”

The economist says that Christianity was reshaped by Saint Paul, followed by the “African” school of Cyril of Alexandria and St Augustine.

“Over the last 1000 years the Catholic Church has been saying it’s noble to be poor. But Jesus never said it was good to be poor. What he said was that rich people are greedy and corrupt. That’s what Socrates was saying, as well as Aristotle and the Stoic Roman philosophers, the biblical prophets in Isaiah.”

Neither did Jesus say that it was good to be poor because it made you noble.

What Jesus did say is that say if you have money, you should share it with other people.

“But that’s not what Evangelical Christianity is all about today,” says Professor Hudson. “American Fundamentalist Christians say don’t share a penny. King Jesus is going to make you rich. Don’t tax millionaires. Jesus may help me win the lottery. Tax poor people whom the Lord has left behind – no doubt for their sins. There’s nothing about the Jubilee Year here.”

What would Jesus do?

To understand how to fix today’s economy, Hudson says that the Bible’s answers were practical for their time.

“When you have a massive build up of debt that can’t be paid, either you wipe out the debt and start-over like Germany did during ‘the 1947 Miracle‘ when the Allies forgave all its debts except for minimum balances, or you let the creditors foreclose as Obama did in America after the 2008 crisis and 10 million American families lost their homes to foreclosure,” he said.

“If you leave this wealth in place then it’s going to stifle society with debt deflation.

“Today’s world believes in the sanctity of debt. But from Sumer and Babylonia through the Bible, it was debt cancellations that were sacred.”

The economist recommends replacing income tax with land, monopoly and natural resource tax, banning absentee ownership, and empowering the government to distribute land to the population.

“If you want to be like Jesus then you become political and you realise that this is the same fight that has been going on for thousands of years, across civilisation – the attempt of society to cope with the fact that debts grow faster than the ability to pay,” he says.

‘ … And Forgive them their Debts: Credit and Redemption’ will be available for purchase just in time for Easter on Amazon.

Doubts that our world is morally indefensible become unforgiveable when even the bankers of the ultra-rich, along with the bailiffs working diligently on their behalf, are panicking about excessive inequality. Yanis Varoufakis, a former finance […]

Industry turns up the heat to avoid plastics regulation spurred by public demand. As EU negotiators try to reach agreement on the single-use plastics proposal this week, industry lobbies continue their push to avoid robust […]

“You have to have a section on war in today’s books because all of your stories about convergence, divergence, global middle class, r>g and the like can be totally swept away by war, and especially […]