We must not suffer such a dangerous and unnecessary social breakdown again.

Richard D. Wolff is professor of economics emeritus at the University of Massachusetts, Amherst, and a visiting professor in the Graduate Program in International Affairs of the New School University, in New York 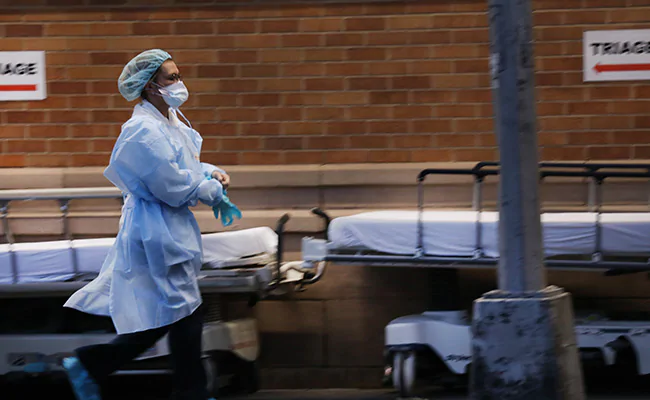 The desperate policies of panic-driven governments involve throwing huge amounts of money at the economies collapsed in response to the coronavirus threat. Monetary authorities create money and lend it at extremely low interest rates to the major corporations and especially big banks “to get them through the crisis.” Government treasuries borrow vast sums to get the collapsed economy back into what they imagine is “the normal, pre-virus economy.” Capitalism’s leaders are rushing into policy failures because of their ideological blinders.

​The problem of policies aimed to return the economy to what it was before the virus hit is this: Global capitalism, by 2019, was itself a major cause of the collapse in 2020. Capitalism’s scars from the crashes of 2000 and 2008-2009 had not healed. Years of low interest rates had enabled corporations and governments to “solve” all their problems by borrowing limitlessly at almost zero interest rate cost. All the new money pumped into economies by central banks had indeed caused the feared inflation, but chiefly in stock markets whose prices consequently spiraled dangerously far away from underlying economic values and realities. Inequalities of income and wealth reached historic highs.

​In short, capitalism had built up vulnerabilities to another crash that any number of possible triggers could unleash. The trigger this time was not the dot.com meltdown of 2000 or the sub-prime meltdown of 2008/9; it was a virus. And of course, mainstream ideology requires focusing on the trigger, not the vulnerability. Thus mainstream policies aim to reestablish pre-virus capitalism. Even if they succeed, that will return us to a capitalist system whose accumulated vulnerabilities will soon again collapse from yet another trigger.

​In the light of the coronavirus pandemic, I focus criticism on capitalism and the vulnerabilities it has accumulated for several reasons. Viruses are part of nature. They have attacked human beings—sometimes dangerously—in both distant and recent history. In 1918, the Spanish Flu killed nearly 700,000 in the United States and millions elsewhere. Recent viruses include SARS, MERS and Ebola. What matters to public health is each society’s preparedness: stockpiled tests, masks, ventilators, hospital beds, trained personnel, etc., to manage dangerous viruses. In the U.S., such objects are produced by private capitalist enterprises whose goal is profit. It was not profitable to produce and stockpile such products, that was not and still is not being done.

The second reason I focus on capitalism is that the responses to today’s economic collapse by Trump, the GOP and most Democrats carefully avoid any criticism of capitalism. They all debate the virus, China, foreigners, other politicians, but never the system they all serve. When Trump and others press people to return to churches and jobs—despite risking their and others’ lives—they place reviving a collapsed capitalism ahead of public health.

The third reason capitalism gets blame here is that alternative systems—those not driven by a profit-first logic—could manage viruses better. While not profitable to produce and stockpile everything needed for a viral pandemic, it is efficient. The wealth already lost in this pandemic far exceeds the cost to have produced and stockpiled the tests and ventilators, the lack of which is contributing so much to today’s disaster. Capitalism often pursues profit at the expense of more urgent social needs and values. In this, capitalism is grossly inefficient. This pandemic is now bringing that truth home to people.

A worker-coop based economy—where workers democratically run enterprises, deciding what, how and where to produce, and what to do with any profits—could, and likely would, put social needs and goals (like proper preparation for pandemics) ahead of profits. Workers are the majority in all capitalist societies; their interests are those of the majority. Employers are always a small minority; theirs are the “special interests” of that minority. Capitalism gives that minority the position, profits and power to determine how the society as a whole lives or dies. That’s why all employees now wonder and worry about how long our jobs, incomes, homes and bank accounts will last—if we still have them. A minority (employers) decides all those questions and excludes the majority (employees) from making those decisions, even though that majority must live with their results.

Of course, the top priority now is to put public health and safety first. To that end, employees across the country are now thinking about refusing to obey orders to work in unsafe job conditions. U.S. capitalism has thus placed a general strike on today’s social agenda. A close second priority is to learn from capitalism’s failure in the face of the pandemic. We must not suffer such a dangerous and unnecessary social breakdown again. Thus system change is now also moving onto today’s social agenda.

Bill Mitchell – An International, Worldwide Far-Right Attack on the Universities

Universities and academics around the world are on the defensive Bill Mitchell is a Professor in Economics and Director of the Centre of Full Employment and Equity (CofFEE), at the University of Newcastle, NSW, Australia. […]

Fishing boats in Senegal. Fabian Plock/Shutterstock Ifesinachi Okafor-Yarwood, King’s College London Most of the large fishing vessels that operate in West Africa are from distant water fishing nations – such as countries in the European […]

Robin McAlpine – Scotland: We March Because You’re Failing Us

The title could be from the Yellow Vests in France or Extinction Rebellion. It is about Scotland. Europe’s political class has failed its citizens. Economically, socially, and with regard to climate change. If you go […]