Is the Biden government just another attempt to stop the great capitalist train crash? 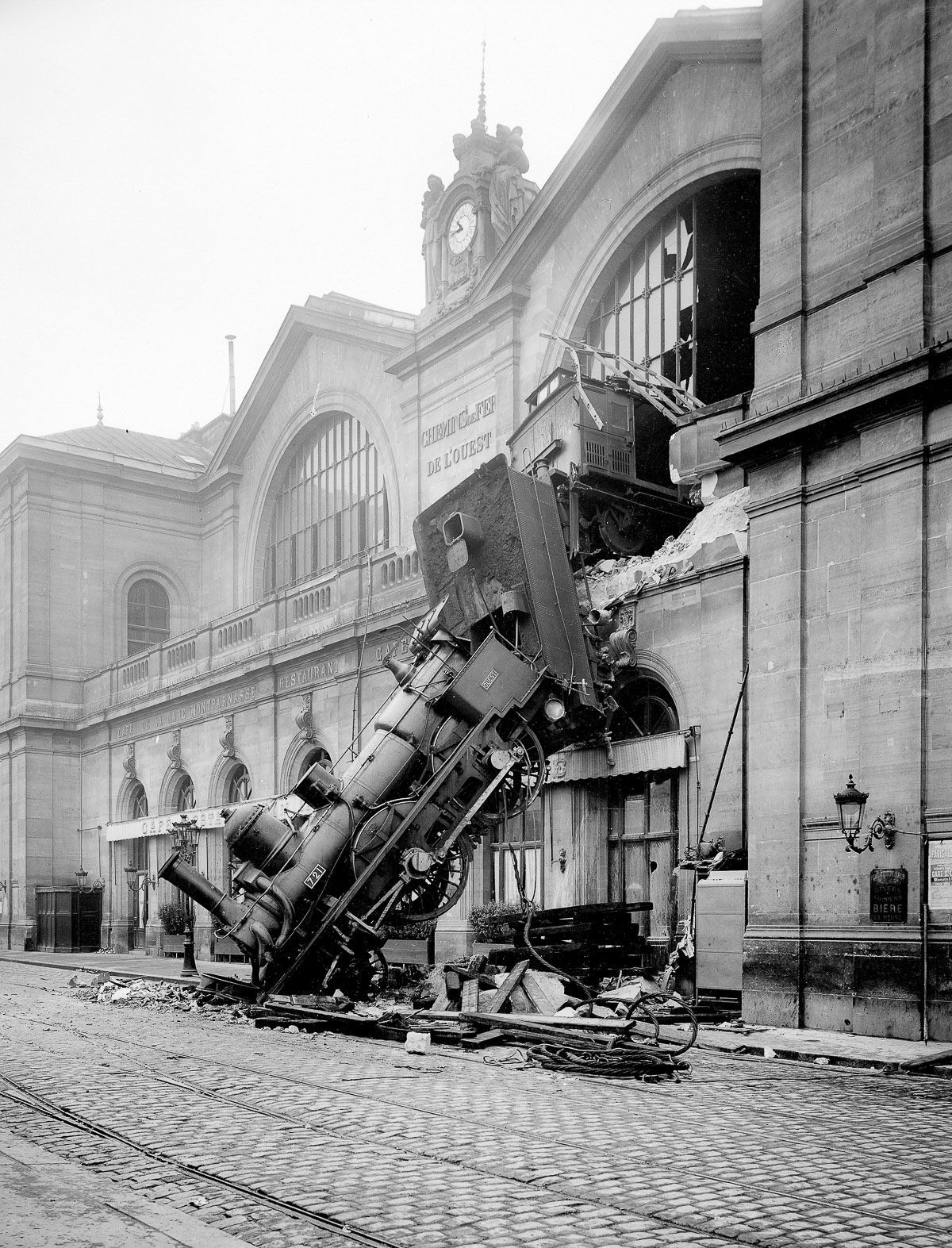 Like all previous economic systems in recorded history, capitalism is on track to repeat the same three-step trip: birth, evolution, and death. The timing and other specifics of each system’s trip differ. Births and evolutions are commonly experienced as positive, celebrated for their progress and promise. The declines and deaths, however, are often denied and usually feel difficult and depressing. Notwithstanding endlessly glib political speeches about bright futures, U.S. capitalism has reached and passed its peak. Like the British Empire after World War I, the trip now is painful.

Signs of decline accumulate. The last 40 years of slow economic growth have seen the top 10 percent take nearly all of it. The other 90 percent suffered constricted real wage growth that drove them to borrow massively (for homes, cars, credit cards, and college expenses). Their creditors were, of course, mostly that same 10 percent. College costs rose as graduates’ prospects for good jobs and incomes fell. Those without college degrees faced worse prospects. Inequalities of wealth and income soared. To protect their positions atop those inequalities, the 10 percent increased their donation-fueled sway over politics and culture. Compliant politicians then reinforced the deepening inequalities of wealth and income in that typical spiral of systems in decline.

The relentlessly deepening inequality is especially painful and difficult for the United States because it had been temporarily reversed in the 1930s and 1940s. The sharply reduced inequality then—celebrated as the rise of a vast “middle class”—led to renewed affirmations of American exceptionalism and capitalism’s virtues. We lived, it was said, in a post-1930s “people’s capitalism.” The claim had its grain of truth, if no more than that. It made expectations of “middle class” jobs and incomes seem to be birthrights of most (white) Americans. The ever-deepening inequality since the 1970s first frustrated and then collapsed those expectations. A kind of bitterness at a fading American dream has settled in and agitated popular consciousness. Capitalism became increasingly a disappointment, a sign of system decline. Another sign is the increasing interest in socialism and elections of socialists despite the relentless anti-socialist drumbeats of the Cold War and since.

The nation’s response to COVID-19 displays more signs. With 4 percent of the world’s population, the United States accounts for 20 percent of the world’s COVID-19 deaths. Despite being a rich country with a well-developed medical apparatus, the system as a whole has failed to cope. Its response compares unfavourably with that of many less rich, less medically equipped nations. In the United States, testing, prevention, treatment, and vaccination remain uneven, inadequate, and slow.

During the last capitalist crash of comparable scope, the 1930s Great Depression coupled with World War II, the pre-1930s’ extremely unequal distributions of wealth and income were reduced by over a third. In sharp contrast, this latest capitalist crash coupled with a pandemic increased already extremely unequal distributions. U.S. capitalism’s flexibility from 1930 to 1945 compares with the rigidity of its income and wealth distributions now. Then a nation rallied in the face of massive dangers. Now that nation splits. A capitalism still ascending back then became ossified, and decline set in.

The last 40 years of redistributing income and wealth upward from the poor and middle class to the top culminated with Trump’s 2017 tax cuts. Over the 30-plus years before 2017, corporations and the richest 10 percent (who own more than 80 percent of stock market securities) had enjoyed unprecedented gains, absolutely and relative to the other 90 percent. They “needed” a massive tax cut less than ever. But the GOP’s control of the U.S. government could and therefore did gift it to them anyway. This worsened the already fast-rising reliance on deficits and national indebtedness that followed the 2008-09 crash. The unprecedented and continuing explosion of money and national debt increases are the public finance signs of capitalist decline.

When the Roman Empire declined, many blamed the resistances arising within its far-flung areas for the decline. They were called “barbarians,” denounced as “invaders,” and generally scapegoated to distract attention from plentiful signs of internal decay. Today, the anxiety about and demonization of immigrants and all manner of foreigners “cheating” the United States, economically and politically, are likewise signs of decline. The United States’ remarkable economic growth across its history “solved” its labour problems by a combination of rising wages for workers already here plus massive immigration of lower-wage workers. A rising capitalism needed and could accommodate both parts of that solution. Today’s U.S. capitalism can accommodate neither.

The United States’ recent wars in Afghanistan and Iraq were neither necessary nor successful in military terms. They did enable massive government spending and justified rising “defence” outlays in federal budgets. The Soviet Union as a great enemy had gone. A limitless, global war on “terrorism” provided an interim foreign danger until today’s pivot toward a new Cold War with China could settle in as a prime justification. But whatever global protection the U.S. military provides to today’s global and vulnerable supply chains, huge military spending also helped cause neglect of infrastructure maintenance. That has now become urgent. The old guns versus butter problem typically attends economic system declines.

As the U.S. government tries desperately to manage the mushrooming costs of its foreign and domestic programs, it resorts to a modern version of the ancients’ “debasing of the coinage.” The Federal Reserve System monetizes deficits in fast-growing magnitudes. Given unemployment, constricted wages, and excessive personal debt levels, the money creation does not flow into real investment but rather into stock markets. Inflation there has thus been real, fuelling ever-deepening wealth inequality. We get promises that money creation will never shift its focus onto goods and services, thereby provoking classic inflation. We get assurances that the Fed will register and control such an inflation if it threatens. Those promises and assurances aim to help prevent what those in charge know are terrifying possibilities.

The January 6 assault on the Capitol made a shocked nation more aware of how deep its social divisions have become and how its social cohesion has disintegrated. Those who attacked the Capitol reacted to the decline of capitalism by desperate resistance: to an election result, to political liberalism, to multiculturalism, to secularism, and so on. Like Trump, they tried to reverse capitalism’s decline. Because their ideology precludes them from recognizing that decline, they reason otherwise. They blame and therefore seek to dismantle the government. Yet, the U.S. government, via the two-party oligopoly in U.S. politics, has single-mindedly supported U.S. capitalism. The parties differ partly and only on how best to do that. As decline proceeds, despite the parties’ efforts to stop it, building frustration eventually boils over. Efforts become extreme and thereby worsen rather than solve the problem. Trump’s Cabinet members often devoted themselves to destroying their respective departments. The January 6 attackers sought to destroy as well. Such self-destruction is a sign of advanced system decline.

The contracted corporations will in turn use the money paid to them just as they use all their revenues from all their other contracts. Some of the money will go to employees’ wages and salaries, but much of it will go to all the other “normal costs of doing business.” These include high salaries for middle management and luxurious pay packages for upper management, machines for automation, relocating facilities from higher-wage areas to lower-wage areas to enhance profits, dividend increases for shareholders, interest on and repayment of corporate loans, and fees paid to outside consultants (hired to help plan corporate growth, overseas investments, and defeating union drives). In short, federal spending will flow into corporate hands who will then reproduce the very system that neglected infrastructure and deepened income and wealth inequalities over recent decades.

The system’s decline is reproduced because its leaders cannot see the internal production structure of U.S. capitalism as a central problem, let alone change it. U.S. factories, offices, and stores are nearly all divided into a dominant minority of owners and boards of directors versus a dominated majority of employees. That structure is deeply undemocratic. Employers are not accountable to employees. They use their position to enrich themselves relative to employees, increasingly so over the last half-century. The minority’s unstable investment decisions (driven by irreducible uncertainty and what John Maynard Keynes called “animal spirits”) impose recurring, costly business cycles on society. The tensions and antagonisms between employers and employees upset and undermine physical and mental health and the vaunted “efficiency” of the system at every turn.

Because the signs of U.S. capitalism’s decline are denied or misunderstood, they lead individuals and groups often to resort to frustrated, misguided, and desperate acts. They are blind to the structural problem of an economic system no longer capable of dealing with its contradictions. Thus, the decline accelerates: like a train rushing down a track toward a stone wall. Most of its conductors and passengers either see no signs or else note them but without connecting them to their basic problem: being on a moving train on track to hit a stone wall.

Wolfgang Streeck argued last week that the EU was a ‘liberal empire’ that is about to fall. Peter Ramsay (LSE) suggests that the EU is a very particular type of empire, one that has arisen from […]

We at BRAVE NEW EUROPE have been highlighting Modern Monetary Theory. Here is another excellent article by Richard Murphy, this time in conjunction with tax avoidance Richard Murphy is Professor of Practice in International Political […]

Corruption is endemic to most of Europe, Scandinavia being the great exception. In Serbia corruption is not only damaging the economy, but hindering the development of democracy. Vladimir Radomirović is editor-in-chief of Pištaljka (The Whistle), […]