The American Empire will not be destroyed by another nation, but from the enemy within: unbridled capitalism.

Richard D. Wolff is professor of economics emeritus at the University of Massachusetts, Amherst, and a visiting professor in the Graduate Program in International Affairs of the New School University, in New York. Wolff’s weekly show, “Economic Update,” is syndicated by more than 100 radio stations and goes to 55 million TV receivers via Free Speech TV. His three recent books with Democracy at Work are The Sickness Is the System: When Capitalism Fails to Save Us From Pandemics or Itself, Understanding Socialism, and Understanding Marxism, the latter of which is now available in a newly released 2021 hardcover edition with a new introduction by the author. 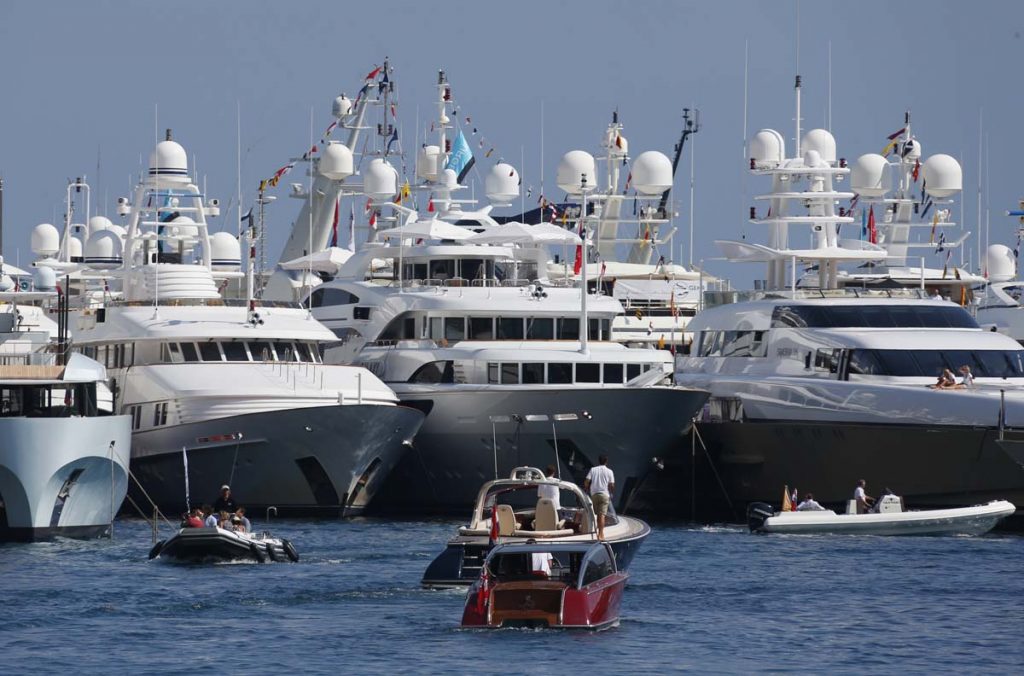 The U.S. wars lost in Iraq and Afghanistan showed imperial overreach beyond what even 20 years of war could manage. That the defeats were drawn out for so many years shows that domestic politics and the funding of the domestic military-industrial complex were, more than geopolitics, the key drivers of these wars. Empires can die from overreach and sacrificing broadly social goals for the narrow interests of political and economic minorities.

The United States has 4.25 percent of the world’s population yet accounts for about 20 percent of global deaths from COVID-19. A rich global superpower with a highly developed medical industry proved to be badly unprepared for and unable to cope with a viral pandemic. It now wrestles with a huge segment of its population that seems so alienated from major economic and political institutions that it risks self-destruction and demands the “right” to infect others. Refusing to accept lifesaving COVID-19 vaccine and mask mandates in the name of “freedom” mixes a frightening stew of ideological confusion, social division, and bitterly rising hostility within the population. The January 6 events in Washington, D.C., showed merely the tip of that iceberg.

Levels of debt—government, corporate, and household—are all at or near historical records and rising. Feeding and thereby supporting the rising debts is the Federal Reserve with its years of quantitative easing. Officials at the highest levels are now discussing the possible issuance of a trillion-dollar platinum coin to have the Fed give that sum in new credit to the U.S. Treasury to enable more U.S. government spending. The purpose goes far beyond political squabbling over the cap on the national debt. The goal is nothing less than freeing the government to inject still more massive amounts of new money into the capitalist system to sustain it in times of unprecedented difficulty. The Fed learned that today’s capitalism needs such quanta of monetary stimulus thanks to the three recent crashes (2000, 2008, and 2020) witnessed by the capitalist system. A desperate empire approaches a version of the Modern Monetary Theory that empire leaders mocked and rejected not very long ago.

Extreme inequality, already a distinguishing feature of the United States, worsened during the pandemic. This inequality fuels rising poverty and rising social divisions among the haves, the have-nots, and the increasingly anxious think-they-haves. Attempts by employers to recoup the profits lost to the pandemic and to the capitalist crash during 2020 and 2021 have led many to impose additional squeezes on employees. This has led to official and unofficial strikes that continue amid a reawakening labour movement. On an individual level, the rate of workers who have been quitting their jobs has been hitting record highs.

Attempts by employers to recoup profits lost over the last two years also show up in the ongoing inflation besetting the empire. Employers set prices for what they sell. They know the Fed has juiced up the potential purchasing power by flooding markets with new money. Demand, pent up by the pandemic and the economic crashes, will help, at least for a while to support inflation. But even if temporary, the inflation will further worsen income and wealth inequalities and thereby set the U.S. up for the next crash. On top of this new century’s three crashes (2000, 2008, and 2020), each worse than the one before, another crash, which could be still worse, could challenge the capitalist system’s survival.

Fires, floods, hurricanes, droughts: the signs of climate catastrophe—not to mention its fast-climbing costs—add to the sense of impending doom provoked by all the other signs of empire decline. Here too, the tiny minority of fossil fuel industry leaders has succeeded in blocking or delaying the social action needed to cope with the problem. Empires decline when their long habits of serving minority elites blind them to those moments when the system’s survival requires overriding those elites’ needs, at least for a while.

For the first time in over a century, the United States has a real, serious, ascending global competitor. The British, German, Russian, and Japanese systems never reached that status. The People’s Republic of China now has. No settled U.S. policy vis-à-vis China has proven feasible because of internal U.S. divisions and China’s spectacular growth. Political leaders and “defence” contractors find China-bashing attractive. Denouncing China serves as popular scapegoating for many politicians in both parties and as support for an ever-increasing defense spending by the military. However, major segments of large corporate business have invested hundreds of billions in China and in global supply chains linked to China. They do not want to risk them. In addition, for decades, China has offered one of the world’s lowest-cost, better educated and trained, and most disciplined labour forces coupled with the world’s fastest-growing market for both capital and consumer goods. Competitive U.S. firms believe that global success requires their firms to be well established in that nation with the world’s largest population, among the world’s least-costly workers, and with the world’s fastest-growing market. Everything taught and learned in business schools supports that view. Thus the U.S. Chamber of Commerce opposed former President Donald Trump’s trade/tariff wars and now opposes President Joe Biden’s hyped-up programme of China-bashing.

There is no way for the United States to change China’s basic economic and political policies since those are precisely what brought China to its now globally envied position of being a competitor to a superpower like the U.S. Meanwhile, China is expected to catch up to the United States with equality of economic size before the end of this decade. The problem for the U.S. empire grows, and the United States remains stuck in divisions that preclude any significant change except perhaps armed conflict and an unthinkable nuclear war.

When empires decline, they can slip into self-reinforcing downward spirals. This downward spiral occurs when the rich and powerful respond by using their social positions to offload the costs of decline onto the mass of the population. That only worsens the inequalities and divisions that provoked the decline in the first place.

The recently released Pandora Papers offer a useful glimpse into the elaborate world of vast wealth hidden from tax-collecting governments and from public knowledge. Such hiding is partly driven by the effort to insulate the wealth of the rich from that decline. That partly explains why the 2016 exposure of the Panama Papers did nothing to stop the hiding. If the public knew about the hidden resources—their size, origins, and purposes—the public demand for access to hidden assets would become overwhelming. The hidden resources would be seen as the best possible targets for use in slowing or reversing the decline.

Decline provokes more hiding, and that in turn worsens decline. The downward spiral is engaged. Moreover, attempts to distract an increasingly anxious public—demonizing immigrants, scapegoating China, and engaging in culture wars—show diminishing returns. Empire decline proceeds but remains widely denied or ignored as if it did not matter. The old rituals of conventional politics, economics, and culture proceed. Only their tones have become those of deep social divisions, bitter recriminations, and overt internal hostilities proliferating across the landscape. These mystify as well as upset the many Americans who still need to deny that crises have beset U.S. capitalism and that its empire is in decline.

Richard Murphy – Britain: We are heading for 5 Million Unemployed and a Fixation with Balanced Budgets will Mean that Cost will have to be Accounted for by Economists who have Doomed these People to Despair

Britain in not worse than the EU – just ahead of it. So have a look into your future. Richard Murphy is a Visiting Professor of Practice in International Political Economy, City University of London. […]

Branko Milanović – The end of the end of history: what have we learned so far?

Despite our belief in the West in our enlightened thinking, that is nothing more than our subjective perception (full of hypocrisy). Just as important is our perception of the other. Branko Milanović is an economist […]