Class warfare from central banks. Who would ever have thought that possible? 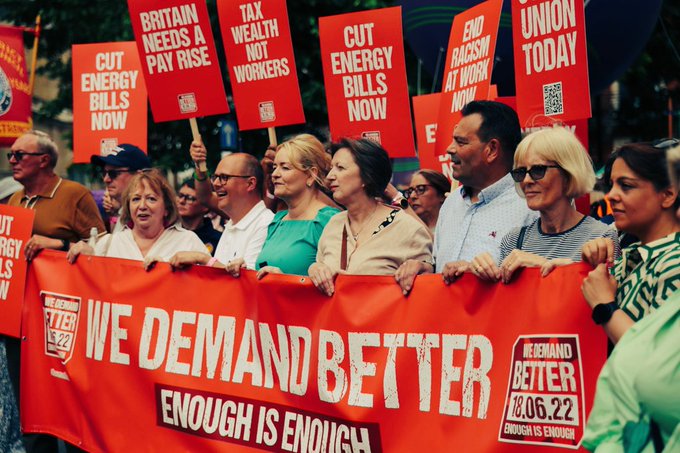 My comments posted here yesterday  regarding the Bank of England’s interest rate rises that it claims will help tackle inflation provide some indication of my feelings on this issue. But, I think, insufficient indication, so I am returning to the subject now.

The Bank of England has effectively admitted in its recent commentaries on inflation that there is nothing it can do to tackle the international inflationary environment. It cannot solve supply chain problems, stop profiteering energy companies, end the war in Ukraine, or the impact of sanctions including food shortages. As it knows, no interest rate change will come close to tackling these issues. And they are the cause of inflation. Nothing else is.

Nor, incidentally, can quantitative tightening (which is simply reversing quantitative easing) solve inflation either, because QE has not contributed to inflation in consumer prices, as I have shown, and reversing it will in that case likewise have no impact on those prices.

In other words, right now there is nothing that the Bank of England, the Fed or any other central bank can do to tackle inflation. The only tools they have available to them tackle excess demand in the economy caused by wage inflation creating spending power in excess of the supply of available resources available to buy, and nothing remotely like that has existed in the UK or any other economy of late, excepting a few odd categories of goods like cars, where the desire for status-driven spending amongst those with higher incomes in the face of supply shortages has created absurd pricing.

Given these facts the central bankers should be saying three things. The first is that this is not inflation that they can tackle. Second, they should be making clear that they are doing nothing in that case. Third, they should be throwing the problem back to governments, telling them that this inflation is caused by political economy and fiscal issues, both of which it is down to them to address.

But that’s not what they are doing. Instead, they are claiming that in amongst the inflation created by all the factors that I note they are spotting that supposedly strong labour markets are increasing the wages of some employees in reaction to price rises elsewhere, despite all the remonstrations from central bankers that pay restraint be shown. As a result they claim it is their absolute duty to crack down on labour markets to ensure that there is no chance that any working person should seek too maintain their economic well-being in the face of the inflationary pressure that is creating impossible household budgeting issues for millions, if not billions, of people around the world. And this, they say, justifies them increasing interest rates, because doing so will break the power of the labour market to increase wage rates.

How will it do that? By creating a recession, of course. Consumer sentiment is already doing this. ASOS and Halfords are the latest retailers to complain of the difficulty of selling things, and persuading the consumer not to return them now a shortage of funds is making purchasers a whole lot fussier. But as if household despair at rising bills and little chance of pay increases for anyone outside the financial services elite (where things are going very nicely on the pay front) was not enough, now the central banks are intent on manufacturing recession to put a cap on wage rises.

Let’s be blunt in that case about what they’re doing. In the face of a crisis that is massively beneficial to energy companies and which will richly reward banks, in both cases for doing nothing of any additional social value whatsoever, the central banks are trying to suck demand for goods and services, employment and so wage rises out of the economy. They will, in the process, harm those businesses that do actually employ people and add real value in the economy, into which category banks and profiteering energy supply companies conveniently do not fall. In other words central bankers are intent on changing the allocation of reward in society, yet again. The shift will be away from workers and away from those employing people towards those who simply make gains on the basis of exploitation by sucking dry those who actually add value in the world in which we live.

This is rentier capitalism writ large in that case. Those committed to that form of exploitation are following the maxim that no crisis should be allowed to go to waste. They are using it to cement their positions. That millions, if not billions of people will suffer as a result once the spillover effects in developing countries who will not be able to service their dollar debts are taken into account, is a matter of inconsequence to them. As the New Economics Foundation pointed out yesterday, and as I did last weekend, this is not their concern. That bankers might gain from pillaging the economy with the supposed aim of eliminating nascent wage increases that might just give people the chance to survive this crisis with their households still intact is inconsequential to them, they say, because it is a necessary price to pay.

I beg to differ. This is a price not only not worth paying, but when we have supply side inflation their putting up the price of money, which is what they are doing, only makes matters worse. That much should be glaringly obvious. They apparently miss the point because changing interest rates is the only tool available to them, and they are determined to use it now that we actually gave inflation for the very first time since the era of independent central banking began more than 25 years ago to solve a problem already resolved by the time that they were created.

In the circumstances we need to recognise that what is happening is deliberate. A small, deeply privileged element in society is taking advantage of the current situation to wage class warfare on those who work for a living. Society is stacked to let them succeed. The cost of them doing so will be immeasurable in terms of human suffering.

But apparently the powers that be are going to let it happen. When asked the question ‘who should suffer to pay for this crisis, and who might gain’ their answer is ‘those least able to bear the burden should suffer so that the rich might gain’. It’s the same answer on Covid, of course. It is the same too on climate change. We are currently in denial on all three issues.

That denial is, however, mightily dangerous. Tensions that might be impossible to peacefully resolve are being crashed at this moment as financialised neoliberal capitalism makes what might be its ultimate, and ultimately destructive, power grab. These are deeply dangerous times. I am not sure how they resolve at present. But resolve they must.

Robin McAlpine – How Much Would it Cost?

Climate change cannot be stopped by individual solutions. It demands nationwide measures  carried out by the state. Once again Common Weal breaking house energy efficiency down into a real, financed plan. Robin McAlpine is the […]

Richard Murphy – Ten years on we need to be worried

15 September will be the tenth anniversary of the crash of Lehmann Brothers Bank in the US. Have we really learnt anything or changed the banking systen? Richard Murphy is Professor of Practice in International […]

Elmar Müller – German Landesbanks: The good, the bad, and the ugly

“While in principle these state-owned wholesale banks are an excellent idea, their history has been marred by corruption, sleaze, and clientelism by Germany´s parasitic political parties” This is a typical example of the endemic corruption […]