It all comes down to the fact that we have a capitalist class that is extremely aggressive and has things under control.

Nadine Campbell teaches in the School of Business at Western Sydney University and is the managing director for Abydos Academy. 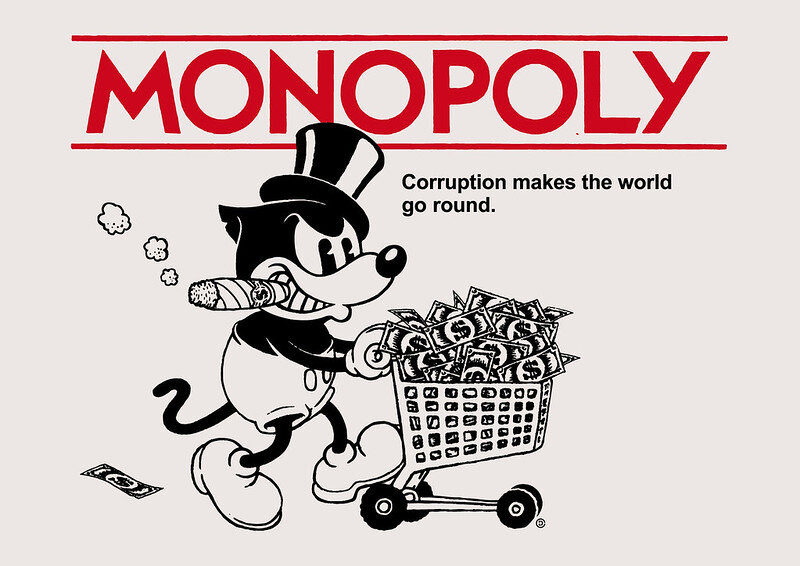 Unlike other wealthy elites what have, for example, inherited wealth (aristocrats, great-grand-children of 19th and 20th-century robber barons, etc.) and elites that simply stole money (mafia) and obtained it semi-legally (Russian oligarchs), the corporate elite is defined by the ownership of corporations or equities, securities, stocks and share in them. In some cases, they are idle rentiers. In other cases, they are top managers and CEO of large corporations.

To secure their wealth, the corporate elite are, in some countries, forced to deal with democracy, elections and democratic institutions. In these countries, the corporate elite have developed distinct pro-corporate policies and strategies, set up lobbying organizations, engineered campaign financing, and introduced governmental structures that serve their interest. These structures and institutions (e.g. IMF, world bank, Davos, WTO, NAFTA, EU, etc.) have allowed the corporate elite to dominate civil societies as well as the international realm not just during the 20th century but they are set to do so well into the 21st century.

The corporate elite dominate by establishing organizational structures, rules and customs as well as making society believe that they are in control of millions of jobs. The corporate elite have also been highly successful in swaying government officials to adhere to their policy priorities even though some politicians do not need much swaying as they are part of the corporate elite – e.g. Donald Trump. Simultaneously, the $2.4bn-man Trump constantly announced that he is not part of the elite.

Being in command, having power over others and being dominant – what German sociologist Max Weber calls having Herrschaft – allows the corporate elite to continue a characteristically luxurious lifestyle. Their way of life is usually expressed by owning and using private jets – 747-8i – Caribbean islands, yachts, etc. Self-evidently, the corporate elite are saturated with feelings of individual superiority.

1.     making sure that the democratic state enacts tax legislation that favours the corporate elite;

3.     setting up an international trading and investment system; and

Just like top-management and subservient supporters in many business schools, the corporate elite tend to share these four goals just as they share pretty much a similar petit-bourgeois or would-like-to-be-bourgeois lifestyle as well as many of the same values. The corporate elite are ready to control the labour market, eliminate trade unions, minimize government laws and regulations (unless they secure their existence), and avoid taxation to the greatest level humanly achievable.

One of the corporate elite’s most important glues that brings them together remains shared ownership. In many cases, this means holding multiple investments in a range of different corporations that, to the outside world, are made to appear in competition with each other. For the non-expert, the smokescreen of the free market is maintained just as the former editor of the Harvard Business Review once said,

Business executives are society’s leading champions of free markets and competition, words that, for them, evoke a world view and value system that rewards good ideas and hard work, and that fosters innovation and meritocracy.

Truth be told, the competition every manager longs for is a lot closer to Microsoft’s end of the spectrum than it is to the dairy farmers.

All the talk about the virtues of competition notwithstanding, the aim of business strategy is to move an enterprise away from perfect competition and in the direction of monopoly.

The fact that the corporate elite are strongly opposed to NGOs, the global labour movement, liberals, progressives and a strong environmental movement only reinforces the corporate elite’s well-crafted and perhaps ideologically fabricated self-image of being the underdog, a small group, an endangered species and a minority that is harassed from all sides. To cement ideologies like these, the corporate elite show two key elements:

1.     Unity is Strength: there is social cohesion in the form of an interesting symbiosis in which most parts of their opinion-sharing network distribute a few commonly agreed but often implicit interests and ideologies that camouflage their real interest in furthering their position while most importantly increasing their wealth; and,

2.     Commonality of Interests: there is an opportunity to develop common institutions – not as conspiracy theories with evil capitalist sitting in smoke-filled backrooms cooking up criminal, immoral and sinful plans for world domination – that can produce and push a relative coherent business outlook and interest that extends far beyond ordinary companies and corporations.

Despite all this, one should not imagine the corporate elite to be a unified bloc but more like a loosely connected community or network which, in terms of politics, ranges from ultra-conservatives like the Koch brothers to more progressives like (potentially) Zuckerberg, (more obviously) George Soros, Bill Gates, Nick Hanauer and Elon Musk and his semi-communist girlfriend.

Nonetheless, as shown during the annual Davos reunion of the corporate elite, members of the corporate elite are able to present themselves “in unity”. This unity stems from wealth and power at a national and international level. It is constructed through their predominant role in the world of business.

The significant revolution of modern times is not

industrial or economic or political

but the revolution which is taking place in the

art of creating consent among the governed.

Creating consent among the governed means getting involved in politics and into the political process of candidate selection. Simultaneously, the corporate elite focus on specific short-term policies that favour wealthy families, individual corporations, and the different business sectors within the network of the corporate elite. The entire ideology creation and dissemination project operates primarily through think tanks and meetings like Aspen Institute, the Clinton Global Initiative, the Davos Meeting, corporate lobbyists, company lawyers, trade associations, etc.

These, too, are not monolithic leadership groups. They might differ in their religious, political and nationalist beliefs. For example, they might support or favour immigration. Some might advocate a strong government, while others might have anti-government attitudes. Others might believe in xenophobia, racism and white superiority. Traces of an authoritarian personality are not uncommon. Still, what unites the corporate elite (wealth maximization and power) is, in general, stronger than divergent political opinions. As a property and wealth-accumulation institution, the corporate elite are more likely to be conservative in its political world-views.

Their own ideologies (individualism, hard work, personal achievement, etc.) makes it almost impossible for the corporate elite to understand their own network as a form of “collective” power. Yet, the corporate elite still displays a remarkable capacity to group cohesion even class.

To secure their existence and enhance their power, the corporate elite remain rather effective, if not outright productive, in terms of ideology production. Effective production of ideologies comes through two key elements: firstly, the corporate elite have achieved a sufficient degree of collectivity; secondly, they have the technological and communicative resources, organizational forms, social morale and political conviction to achieve common goals.

Through their networks, adjacent institutions and organizations, the corporate elite do not just formulate ideologies and broadcast them. At times, they can achieve control over events that dominate, shape, or at least strongly influence the political realm.

Yet, members of the corporate elite can, almost simultaneously, distance themselves from others in the group. This ability aids the public appearance of being individuals with divergent opinions. Mark Zuckerberg falls into this, for example. Another example might be Jeff Bezos buying the Washington Post to annoy another multi-billionaire: Donald Trump.

Despite the ideology of neoliberalism – free markets, “less red tape”, and the ideology of government is not the solution to our problem, the government is the problem, etc., the corporate elite and, in fact, capitalism as such, depends on a functioning state. It is the state that enforces property, intellectual and patent rights, issues money, enforces legal contracts, runs the police to safeguard wealth, sends the navy to protect shipping routes against modern-day pirates, vaccinates people so they can buy things they don’t need, with money they don’t have, to impress people they don’t like.

Overall, the corporate elite appear to be somewhat bipolar. They seem to live in two different worlds. One world is the world of its interest symbiosis that demands a strong and ideologically based esprit de corps, collectivity and the setting up of institutions and organizations that can push the rather overarching interest of the corporate elite. This secures the existence of corporations and the continuation of corporate capitalism.

Simultaneously, the corporate elite exist in the world of ideology where they pretend that there is a free market and free competition. They do this even though corporations like Facebook, Google, Amazon, Microsoft, Apple, etc., face next to no competition at all.

It’s going to be one for the history books. On Friday 20th September, millions of people around the world will be taking to the streets as part of the biggest climate action ever organised. By […]

Sean Bell – Catalonia/Scotland: ‘The Crime of Sedition no Longer Exists’

Spain’s authoritarian cancer threatens to spread throughout the EU. Sean Bell is parliamentary reporter at CommonSpace Cross-posted from Common Space Following her bail from Edinburgh Sheriff Court after handing herself into police, exiled former Catalan […]