Politicians and pharmaceutical companies in the wealthy nations (and Bill Gates) have fought free COVID vaccinations for the whole world. New strains keep coming. And when the super-strain is able to develop? Who was responsible then? 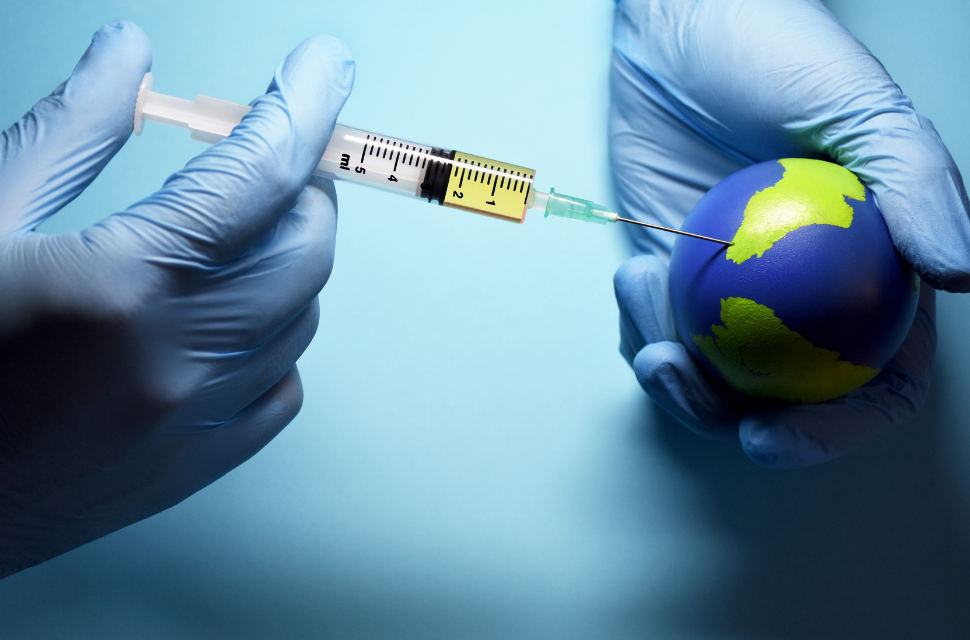 This is a very serious question, even if I’m using a bit of clickbait here. I’m not out to get Dr. Fauci, who deserves some sort of Nobel Prize for trying to give straight information to the public, even as Donald Trump was doing everything he could to minimize the pandemic. But there is an important issue of both, our current failings in vaccinating the world, and a system that almost always allows those at the top to escape responsibility for their failures.

I have gone on at length before about the need to vaccinate the world. The spread of the Delta variant should make the point obvious to everyone. The more the virus spreads, the more it has opportunities to mutate.

We are actually fortunate with the Delta variant since it seems our vaccines are still effective in reducing the risk of infection and very effective in reducing the risk of severe illness or death. But this is just luck. If the pandemic spreads enough, we will see more mutations. It is entirely possible that a new strain will develop against which our vaccines provide us little or no protection.

It may be the case, as Pfizer and Moderna claim, that it will be possible to quickly design an effective mRNA vaccine against a new strain. But even in a best case scenario, where it takes just a few weeks to develop a new vaccine, it will still be many months before it can be tested, produced, and distributed to hundreds of millions of people across the country and billions across the world.

In the meantime, we will be seeing a whole new round of infections and deaths, as well as trillions of dollars of lost economic output. And, just to be clear, these trillions in lost output is not just an issue of stacks of dollar bills in a vault, this translates into people going without food, medical care, shelter and other basic needs. Rich countries have the resources to largely protect their populations from most of the economic impact of the pandemic, developing countries in Asia, Africa, and Latin America do not.

Of course, even for the rich countries it will mean trillions more in government debt. That means a lot of to some people when a Democrat is in the White House.

The drug companies will tell us that they are actually doing the best they can in getting the world vaccinated. They have in fact ramped up production considerably, although the bulk of their vaccines is still going to wealthy countries.

But the real question is whether we could be producing more vaccines, taking advantage of capacity not only in rich countries but in countries like India, Brazil, South Africa, Pakistan and other developing countries with potential manufacturing capacity. Our friends in the pharmaceutical industry tell us that manufacturing these vaccines is a complex process and can’t just be done overnight.

Of course, everyone in the world understands that it can’t be done overnight, which is why many of us were advocating ramping up capacity a year and a half ago. The pharmaceutical industry has been engaged in a filibuster, at least since October, when South Africa and India introduced their WTO resolution for suspending intellectual property rules for the duration of the pandemic, telling us it takes time to increase production. And, if we had focused on increasing production at the time they began their filibuster, we could have produced many more vaccines by now.

The logic of open-sourcing vaccines is that we would put the details of the manufacturing process for the vaccines on the web, allowing engineers around the world to study them as the basis for new facilities or converting existing ones. Ideally, the engineers for the Pfizer, Moderna, AstraZeneca and the rest (including the Chinese, Russian, and Indian vaccines) would also be available to conduct webinars and to provide in-person guidance.

Last month I was on a panel with someone from the pharmaceutical industry who questioned how this sort of transfer could be legally required. I pointed out that we (the U.S. and other rich country governments) should offer to pay a reasonable price for this expertise. If the drug companies refused, then we should go directly to their top engineers and offer them exorbitant pay (e.g. $1-2 million a month) for sharing their knowledge. Since they are undoubtedly bound by non-disclosure agreements, so governments would also have to commit to cover their legal expenses and any payments resulting from lawsuits. (The drug industry lawsuits, for sharing life-saving information in a pandemic, should at least help to clear up any ambiguity about their reason for existence.)

If vaccinating the world was treated as a real emergency, does anyone doubt something like this would happen? If GE or Lockheed had developed a new sonar in World War II that made it easier to detect German submarines, does anyone think we would just sit there and say that this is proprietary knowledge, and nothing can be done, if the companies chose not to share it with the government?

In addition to sharing existing knowledge, open-sourcing the production process should also allow for innovations that would increase production. The official position of the industry is that they have mastered the process for manufacturing their vaccines and it cannot possibly be improved. This claim is absurd on its face.

In February, Pfizer announced that it had discovered a way to cut its production time in half. Pfizer also discovered that its vaccine did not have to be super-frozen at temperatures of less than minus 90 degrees Fahrenheit, but instead could be stored in a normal freezer for up to two weeks. This makes a huge difference in transporting its vaccine, especially in developing countries. Pfizer also discovered that its standard vial contained enough material for six doses, rather than just five. As a result of this mistake, one sixth of the Pfizer vaccines were being thrown down the toilet for the first couple of months after it was approved.

Given this history, it’s hard to believe that there is no way to further improve on the production processes of Pfizer or the other vaccine manufacturers. If engineers all around the world had the opportunity to inspect their methods, surely many would be able to come up with innovations that could speed up the production and distribution of vaccines.

As much as the industry and politicians might want to pretend there was/is no way to accelerate the production of vaccines, that story is not credible. We had an alternative path that would have required the sharing of knowledge and expertise, and overriding patent rights. We did not go this path. Thus far, we have been very fortunate. No vaccine resistant strain has yet developed and spread widely.

Hopefully, the world’s good luck in this respect will continue, as we vaccinate the developing world, however slowly. It is worth noting that even with the spread of the Delta variant, the number of new cases in former hotspots like India and Brazil, has fallen sharply in recent weeks. This is presumably the result of many people enjoying some immunity from previous infections, as well as increasing levels of vaccinations.

But we certainly can’t take for granted that a vaccine resistant strain will not develop. And, if that happens, and we face the horror story of having to go through a whole new round of infections and shutdowns, the question is whether anyone will be held accountable?

My guess is that the answer will be no. (Who ended up unemployed because of the war in Iraq or the housing bubble?) The major media outlets will likely pretend that there was nothing that could have been done. They may acknowledge that we could have been somewhat quicker in getting out our vaccines to developing countries, but they will not acknowledge even the possibility that open-sourced technology could have sped up the production process for vaccines in both rich and developing countries. The idea that millions of people will needlessly die because our political leaders did not want to jeopardize the profits of the pharmaceutical industry is too horrible to be aired in places like the New York Times, Washington Post, and National Public Radio.

The long and short is that, in our high-tech globalized economy, accountability is only something that those at the bottom have to worry about. Dishwashers and truck drivers get fired when they mess up on the job. Top public health officials, and indeed the whole public health profession, are largely immune from this sort of accountability for infinitely bigger mess-ups.

Branko Milanović – Can globalization be “improved”?

Just what is wrong with globalisation? Branko Milanović is an economist specialised in development and inequality. His newest  book is “Capitalism, Alone: The Future of the System That Rules the World” Cross-posted from Branko’s blog […]

This seemingly banal article is  extremely important as it demonstrates how corporations are misusing human rights laws to defend their financial interests. The Supreme Court of Canada’s recent decision has put a halt to any […]